Competing ‘for’ or ‘in’ the market

As we learned in the previous post of this series, interoperability is a critical game-changer in network markets. Basically, when platforms agree to be interoperable with one another, it is as though they were agreeing to share the market, as network sizes stop conferring any sort of competitive advantage; they also accept somehow to level the playing field. In contrast, if platforms remain incompatible, their objective is to make network effects tip the scales in their favour, i.e., to grow their network at the expense of their competitors; eventually, one platform may succeed in capturing the whole market. Hence, the decision about interoperability is often a decision about how to compete: either compete ‘in’ the market if interoperability prevails, or compete ‘for’ the market otherwise.

Interoperability choices also determine if, when, and under which form standardization takes place on the market. If firms agree to make their platforms interoperable, one talks of ex ante (or ‘de jure’) standardization. Typically, this form of standardization follows from negotiations among firms, which often take place within Standard-Setting Organizations (SSOs). Otherwise, if platforms decide to remain incompatible, the combined adoption decisions of users will ultimately determine which platform gains widespread acceptance. Here, one talks of ex post (or ‘de facto’) standardization if one platform eventually dominates. Note that if incompatibility prevails, several platforms may well coexist in the long run if, e.g., platforms are sufficiently differentiated and/or network effects are not too strong.

Given the far-reaching consequences of interoperability decisions, it is important to understand how competing platforms strategically make them. Compatibility can indeed hardly be achieved in a unilateral way, as platforms can use technical measures or invoke their intellectual property rights to keep their platform incompatible.

The following case illustrates some of the strategic considerations that shape decisions about interoperability.

The battle of voice assistants. The most popular voice assistants are currently Apple’s Siri, Google’s Assistant, Amazon’s Alexa and Microsoft’s Cortana. While Apple and Google have made their voice assistant incompatible with any other system, Amazon and Microsoft have been working together to let their systems communicate with each other, so that users can access the services related to Alexa by summoning Cortana, and vice versa. What is the motivation behind this unusual collaboration between two rival companies?Wingfield (2017) explains that the CEOs of the two companies “are concerned that keeping assistants from working together could hold them back. The way they see it, each assistant has unique strengths that could benefit the other assistants.” In other words, as users should get more of the two voice assistants if they interoperate, users should also have a higher willingness to pay for these assistants. Pushing this logic one step further, the two CEOs also declared that they would welcome Apple and Google if they decided to join in the effort. However, both Apple and Google have probably more to lose than to win by opening their ecosystem. Both companies are indeed keen to use their proprietary voice assistant as a selling point of their smartphone operating system (iOS for Apple and Android for Google). By contrast, explains the same article, “Alexa is mostly used on Echo speakers that sit around a home, and Cortana is largely used on PCs. (…) The two companies have struggled in the smartphone business, which makes it hard to get people using Alexa and Cortana outside homes and offices.” 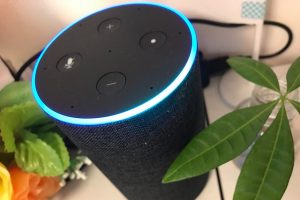 The impacts of multihoming on competition among platforms

(This section borrows from Belleflamme and Peitz, 2020.)

In many markets with platforms, users differ in their ability to be active on several platforms at the same time. As discussed in the previous post, this ability to multihome depends on which side a user belongs to. Often, one side is able to multihome, while the other is restricted to singlehome. To fix ideas, let us identify the two sides as “buyers” and seller” and let us assume that sellers are able to multihome while buyers are not. This situation is identified in the economic literature as “competitive bottlenecks.” The analogy with bottlenecks comes from the fact that a seller who wants to interact with a particular buyer has no other way than using the platform on which this singlehoming buyer is active. In the market environment with competitive bottlenecks, platforms compete for buyers (who are restricted to singlehome) but do not compete for sellers (who have the freedom to multihome). If sellers are restricted to singlehome as well, then platforms compete on both sides of the market. Then, comparing the latter environment (called “two-sided singlehoming”) with the former gives insights about the impacts that multihoming can have on the competition among platforms.

As platforms compete for both buyers and sellers under two-sided singlehoming, but only for buyers under competitive bottlenecks, one may be tempted to conclude that, when moving from two-sided singlehoming to competitive bottlenecks, sellers face higher prices and obtain a lower surplus, while buyers face lower prices and obtain a higher surplus. Also, one may expect platforms to achieve higher profits due to the reduced competition on the seller side. This is indeed the view expressed in a number of reports. For instance, the German Cartel Office wrote the following: 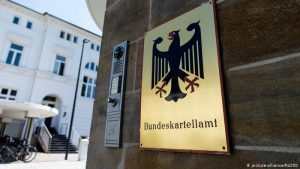 Yet, Belleflamme and Peitz (2019) show that the effects of forcing one side to singlehome instead of letting it multihome (or the other way around) are less straightforward than what may be perceived in general. While it is true that platforms exert monopoly power over the multihoming side, users on this side may actually benefit from multihoming. In addition, platforms may find the two-sided singlehoming environment more profitable than the competitive bottlenecks.

The key intuition behind these results is that sellers (the users who could multihome) may pay a low price to start with in the competitive bottleneck case. This seems counterintuitive as we expect a monopolist (as each platform is vis-à-vis sellers in the competitive bottleneck case) to set higher prices than do competing duopolists (as platforms are vis-à-vis sellers under two-sided singlehoming). However, the economic literature has explained why the reverse may happen. Two economic effects are at work: the market share effect drives duopolists to set a price below the monopoly price because, at this price, they sell to fewer consumers than the monopolist; the price sensitivity effect works in the opposite direction, as it incentivizes duopolists to raise price above the monopoly level because they face a steeper demand curve. In the present setting, the latter effect outweighs the former in the absence of cross-side networks effects.

In sum, the move from two-sided singlehoming to competitive bottlenecks induces two contrasting effects on the seller fee. First, as just explained, letting sellers multihome drives platforms to reduce the price they charge to sellers in the absence of network effects. But, on the other hand, when buyers derive benefits from interacting with sellers, platforms have an incentive to raise the sellers’ fee when sellers can multihome. The reason is that an additional multihoming seller is less valuable regarding competition on the buyer side than an additional singlehoming seller, as the latter—but not the former—is attracted at the expense of the competing platform.

Three important lessons can be drawn from this analysis:

In this series of post, I have explained the basic economic mechanisms that shape the competition in markets with digital platforms. The presence of positive network effects naturally leads to concentration in these markets: there is only room for a limited number of firms, because users benefit from coordinating their choices. So, the stronger the positive network effects, the smaller the number of platforms that can profitably stay on the market. It may even be that only a single platform can make a sustainable profit– a ‘winner-takes-all’ situation.

Yet, a few firms may share the market when positive network effects are weaker and/or in the presence of negative network effects, either across groups of users (as in the case of ad-financed media) or within a particular group (for instance, when sellers compete with one another on a platform). Also, it is more likely to have several winners rather than just one if users can connect to more than one platform at a time. This could be because platforms are interoperable or because users can multihome. Interoperability and multihoming appear thus as game-changers, as they condition the type of competition that exists on markets with platforms. Yet, platforms can control these two dimensions (especially interoperability) and it appears that their preferences diverge as to whether multihoming and interoperability should be implemented or not. In general, large platforms prefer incompatibility, as it gives them the chance to become the winner that takes it all. In contrast, smaller platforms fear that they would loose if they compete ‘for the market’; they prefer thus situations of interoperability and multihoming that make platform compete ‘in the market’.