In this series, I explain the basic economic mechanisms that shape the competition among platforms. The first episode showed that positive network effects create feedback loops, which drive markets with platforms towards ‘winner-takes-all’ situations. This episode somehow back-pedals by identifying a number of forces that mitigate the impacts of network effects.

A few winners take most

Although positive network effects drive users to agglomerate on a single platform, there exist other forces that can lead users to prefer different platforms. There can also be situations that allow competing platforms to coexist on the same market. I review these forces and situations here.

In the model described in the first post of this series, all users (R-types and S-types alike) end up joining the same platform because the difference in network benefits eventually outweighs the difference in stand-alone benefits. This situation is more likely to arise when users have relatively similar preferences and when they visit a platform mostly to interact with other users. In contrast, if users differ in their preferences and when some of them care more about the stand-alone services that one particular platform offers, then chances are higher that two or more platforms will manage to stay profitably in the market. A smaller platform may compensate the lower network benefits that it generates by offering services that are sufficiently differentiated from those of its competitors. Differentiation can be horizontal (i.e., services appeal to a particular segment of users) or vertical (i.e., the quality of services is perceived as higher). It could also be that users are only interested in meeting or interacting with other users who are physically close to them; different platforms can then start their operations by focusing on different local markets, while trying to compete more globally at a later stage. 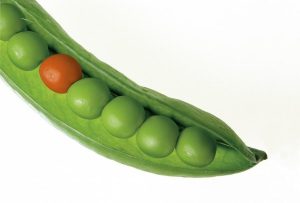 The sector of online dating nicely illustrates that platforms may coexist in a market. In 2015, the German competition authority accepted the merger between two major online dating platforms, arguing that this merger would not significantly impede competition (see here):

“The dating agency portals concerned are some of the largest online dating platforms in Germany. Nonetheless, after intensive examination, we have cleared the planned merger. In assessing the effects of the project on competition, we have taken particular account of the results of user surveys. The relevant market is not limited to the large dating agency portals but also comprises a number of other dating platforms such as e.g. www.friendscout24.de and many specialised providers which target specific user groups. Considerable competitive pressure is also exerted by successful mobile applications, i.e. dating apps.”

Yet, users can also decide to multihome. Social networks represent the perfect example. People that are keen to share personal stories, professional news, pictures of family and friends, etc. on the Internet make use of social networks. And people today own several accounts, selecting what sounds to be the most appropriate channel given the nature of the content to be shared or the audience they target. This is confirmed by the GlobalWebIndex survey (see here): “social media users are comfortable in maintaining a presence across more than one platform; while digital consumers had an average of around 4 social accounts back in 2013, this figure has now [2017] doubled to around 8.”When users can multihome, it is easier for several platforms to coexist. That is, multihoming mitigates the tendency for network effects to lead to winner-takes-all situations. Jullien and Sand-Zantman (2019, pp. 11-12) explain why:

“Let us first assume that any agent can decide to join either zero, one or two platform(s). As long as there are two active platforms, and some agents choose to join only one platform, the other agents will have incentives to subscribe to all platforms. Multihoming allows agents to benefit from large network effects and potentially the services of the two platforms. By contrast, singlehoming agents support lower costs but may fail to be connected to some other users. Therefore, if some agents can multihome, there may be scope for stable situations with multiple networks. The question of the sustainability of more than one platform will be driven by the cost structure and demand heterogeneity, in terms of valuation of services and network effects.”

Interoperability (or compatibility) is another element that mitigates the agglomeration of users on a single platform. Two platforms are interoperable if the users of one are able to interact with the users of the other. Note that interoperability is often a matter of degree. Think, for example, of using your smartphone for its original function, that is to phone someone. To make a video call through Facetime, users must both have an iPhone because this application, developed by Apple, is not available to users of devices running on other OSs than iOS; in this case, there is no interoperability. Most `Voice over IP’ applications (e.g., Skype, Whatsapp or Viber) are available for all major OSs; yet, the performance of some apps may vary across OSs, which may cause problems (such as synchronization issues) when calls are made between different devices, meaning that interoperability is imperfect. Lastly, if you use the regular phone lines, you do not need to worry about which operating system (OS) your correspondant has on her smartphone: there is perfect interoperability. 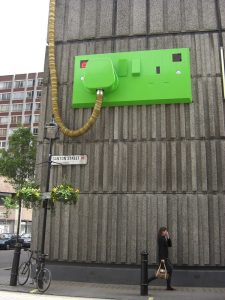 Interoperability has two major implications for the competition between platforms.

In many economic environments, the attractiveness of a platform for the members of one group also depends on the participation of the members of the very same group. That is, there exist same-side network effects, which platforms have to take into account when choosing their strategies. Same-side network effects appear when the members of one group compete with one another to interact with the other group. For instance, given a set of buyers on the platform, the expected profits of sellers on eBay decrease in response to the entry of competing sellers. Similarly, if an additional competing shop opens in a shopping mall, the expected profits of existing shops decrease given a set of buyers in the mall. Another example is dating apps. These are characterized by positive cross-side network effects, as the app becomes more attractive the more it is used by people of the opposite gender. However, they are also characterized by negative same-side network effects, as more people of the same gender make it less likely that a match materializes for a particular person. Different from a buyer-seller context, there is typically no monetary transaction between users on a dating app. 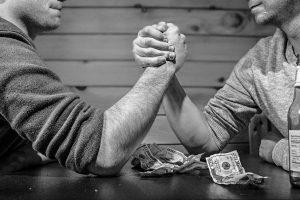 Negative within-group effects may also arise because of congestion problems—for instance, sellers may compete for buyer attention, which is scarce. Consumption externalities are another instance of negative same-side network effects. For instance, referring to Airbnb visitors, Slee (2016) reports that “as their numbers grow, they erode the very atmosphere in which they bask and threaten the livability of the city for residents.” This arguably also applied to fellow visitors. Congestion effects may also be present on digital platforms with limited bandwidth such that, e.g., the delivery of research result is slowed down—this would imply that the stand-alone utility of the platform suffers from a lot of buyer participation. In the offline world, congestion problems appear when the platform’s physical venue is too crowded; for instance, shoppers may get stuck in a crowded shopping mall and, as a result, make fewer purchase attempts.

How do negative same-side network effects influence the competition among platforms? Belleflamme and Toulemonde (2009) examine the extent to which negative same-side network effects among sellers may help a new platform operator lure buyers and sellers away from an existing marketplace. In their model, the new platform faces a ‘chicken-and-egg’ problem: to attract sellers, it needs to attract buyers, but to attract buyers, it needs to attract sellers. One pricing strategy that addresses this problem is called the ‘divide-and-conquer’ strategy. With this strategy, the platform subsidizes the participation of one side (divide) and hopes to recoup the loss through the membership fee it sets on the other side (conquer). The question is whether the platform can make any profit with such strategy. The answer is ‘yes’ when the interaction among buyers and sellers only generates (positive) cross-side network effects. However, the presence of negative same-side network effects among sellers (e.g., because they offer substitutable products) blurs the picture. Competition among sellers turns out to be a mixed blessing for the new platform.

Belleflamme and Peitz (2019) examine other ways by which seller competition influences the number of platforms carrying positive volume of trade.

The following table summarizes the forces that lead either to concentration or to fragmentation in markets with platforms.

In the next episode of this series, I will discuss why interoperability and multihoming are critical game-changers in markets in which network effects are at play.