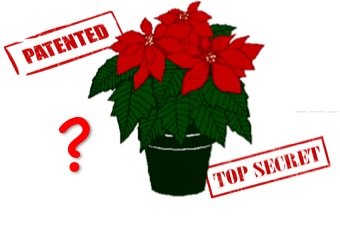 Because they blossom in winter and display striking red and green colors, poinsettias are ideal for Christmas decorating. Yet, their market domination did not happen by chance. It resulted from more than a century of clever decision-making by the Ecke family in California. The story of the Ecke poinsettias provides a nice illustration of two major choices that many innovative firms face one day or another:

We have already addressed the latter choice (marketing ideas or products?) twice on this blog:  we described here a theoretical framework to guide this choice, and we illustrated it here with a number of real-life examples.

Regarding the choice between secrecy and patents, we have only provided a theoretical analysis so far (see here). The objective of this post is to complement the theory with some practical guidance as to how innovators should choose between the two modes of protection. To this end, we present here the roadmap proposed by Daizadeh et al. (2002). It must first be noted that the authors consider a third option on top of secrecy and patenting:

[T]echnologists, especially scientists, may consider a more defensive strategy—publishing inventions in technical or trade journals. (…) A defensive publication establishes prior art against competitors—potentially disabling a patent or preventing a patent from issuing and thereby canceling a competitor’s claim on a piece of intellectual property.

To guide the choice between the three strategies, the authors develop a 6-step approach, which we sketch here:

The roadmap is better described in the following graph. 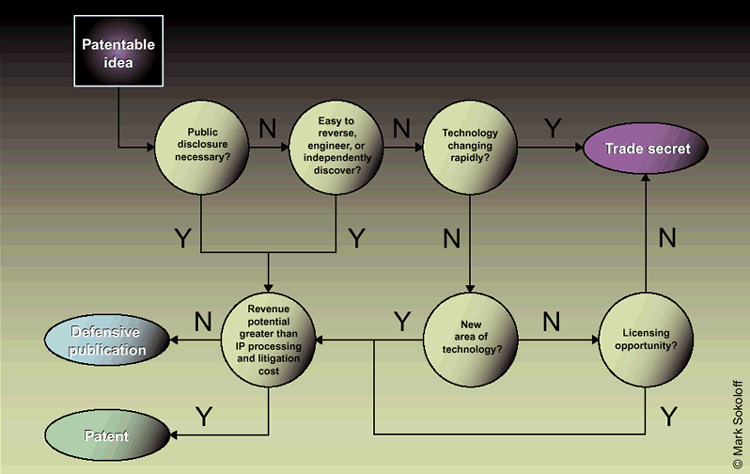 Jorda (2007) proposes another roadmap, made of a list of 11 questions that innovators could find helpful to answer when facing the choice between secrecy and patenting.

Your job is to compare the two proposed roadmaps to see to which extent they overlap, they contradict or they complement each other.