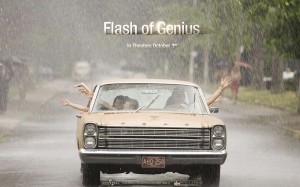 In a paper published in Research Policy in 2003 (Vol 32, pp. 333-350, click here for the working paper version), Joshua Gans and Scott Stern propose a typology of commercialization strategies for technology start-ups.

They start from the observation that “the main problem [for start-ups] is not so much invention but commercialization.” This is because these firms are young and small. As a result, they only know imperfectly the markets on which their innovations could be successful.

One commercialization option is then to cooperate with some established firm that knows the product market and owns useful complementary assets. However, the authors identify a key problem with this strategy:

“Those firms that control key complementary assets are precisely those that are the most likely and/or most effective potential product market imitators.”

This is the lesson that Robert Kearns dearly learned when he tried to sell his patented invention of the intermittent windshield wiper to Ford Motor Company and Chrysler Corporation in the 1960s. Not only did licensing negotiations quickly broke down but worse, Ford and Chrysler started to produce their own, almost identical, intermittent wipers a few years later. (This story inspired a movie called Flash of Genius in 2008; you can watch the trailer here.)

This story illustrates the so-called “paradox of disclosure” that plagues the negotiation process between a start-up and a potential commercialization partner: the more you disclose your invention, the more you make it attractive for a potential partner but also the more you undermine your own bargaining position, as disclosure facilitates imitation.

Clearly, the balance between the two latter forces depends on the strength of IP rights (and on the cost of enforcing them), as illustrated again by Robert Kearns’ story:

“He sued Ford for patent infringement in 1978 and Chrysler in 1982. The companies argued that the intermittent wiper was not novel because it had no new components and therefore didn’t meet the standards of being a patentable invention. Robert Kearns spent nearly 15 years and more than $10 million in legal fees in his fight to be compensated. The courts agreed with Robert Kearns and he eventually settled out of court with Ford for $10 million. The Chrysler lawsuit became a high profile case, which Robert Kearns won in 1995 for $30 million in overdue compensation.” (Click here for the full story.)

According to Gans and Stern, to choose between these two options, start-ups have first to assess the excludability and the complementary assets environments:

Crossing these two dimensions, the authors identify the four generic strategies depicted in the following table.

What I propose you to do is first to look at the details of these strategies in the paper by Gans and Stern and second, to find real-life applications of these strategies (one example for one strategy is more than enough, but you’re welcome to do more if you feel inspired).