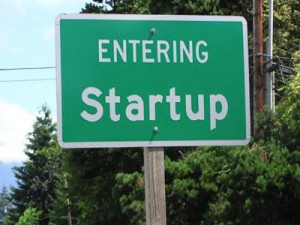 In a previous post, I asked my students to illustrate the typology that Gans & Stern (2003) proposed for commercialization strategies of technology entrepreneurs. The operation was an enormous success as each of the four generic strategies received a fair number of examples, with very useful references. Here follows a compilation. Many thanks to all the contributors (and especially to Nissa Merckx whose summary is closely followed here)!

Attacker’s advantage
This environment is characterized by tight competition between start-up firms and incumbent firms for technological leaderships in “niche” markets. Incumbent firms do not control complementary assets. Thus, start-up firms have the opportunity to acquire a leading position by “smartly” using the existing “blind spots”. For an incumbent firm to avoid any use of “blind spot”, it must be continuously present on the market and thus practice continual reinvention while anticipating new behaviors.

Ideas factories
Start-up product entry on the market is costly, so if they want to realize their innovation potential, they will have to compete with each other in order to secure themselves a partnership with an incumbent firm. This practice will enable the latter to make use of the external start-up innovation that will be positive for its development and allow successful technology innovation.

Reputation-based idea trading
In this environment, start-ups do not represent much competition for the incumbent. As a result, their ideas and patent inventions may sometimes be ‘stolen’ and imitated by incumbent firms, as shown by the following examples.

Other cases of Reputation-based trading imply the choice of the incumbent to trade ideas with start-ups.

In this strategy environment, start-up can choose whether to compete or to cooperate with an incumbent firm. They are able to protect their own innovations from possible imitations and thus, they do not need the complementary assets of incumbents. With the following examples, we observe that this strategy can also be used by “large established companies”.