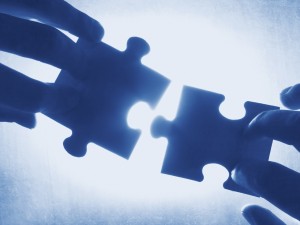 Intellectual property (IP) has in today’s legal and economic world numerous ramifications. It is tackled in numerous instruments that often share similar goals (the protection of IPRs) and their interactions is inevitable; in theory and in practice. The best example, as far as intellectual property rights and international investment law are at stake is probably the Philip Morris “plain packaging saga” mentioned in a previous post of this series and in numerous other insightful commentaries on this platform (see post 1, post 2, post 3 and post 4). After Australia enacted a plain packaging legislation restricting the use of trademarks on cigarette packages, Philip Morris, the global cigarette and tobacco company, strongly opposed this IP-related measure both under the law of the WTO (amongst which the TRIPs Agreement) and international investment agreements (IIAs). This example shows the inevitable overlaps in the field of the international law of intellectual property and, by the same token, calls for consistency. This statement raises an intricate set of questions that are briefly presented below.

The standstill in World Trade Organization (WTO) negotiations, including on the IP front, has led industrialized countries to engage in negotiations of bilateral agreements to obtain higher standards of IP protection (Simon, E. (1989), at 370). This trend has been criticized for its negative impact on developing countries: the loss of the substantive and strategic gains of the TRIPs and “in some cases completely eliminat[ing] policy options and sovereign discretion granted by the TRIPS Agreement” (Okediii, R.L. (2003-2004), at 129). However, having recourse to bilateral agreements for the protection of IP is not illegal and is even allowed by the Agreement itself (article 1(1) of the TRIPs provides in this regard that “(…) Members may, but shall not be obliged to, implement in their law more extensive protection than is required by this Agreement, provided that such protection does not contravene the provisions of this Agreement (…)”. See also article 27(3) of the Agreement). The question that this trend raises is whether bilateral investment treaties are part of this global movement: do investment agreements provide for a TRIPs-plus regime?

But what does the “TRIPs-plus” concept refer to? This question is one of the first hurdles to overcome as no uniform definition of “TRIPs-plus” exists and this concept is more often than not defined through examples. For example, a TRIPs-plus characteristic has been attached to agreements that

The distinction between the sensu stricto and sensu lato understanding of “TRIPs-plus” can be illustrated by the following example: the US–Nicaragua bilateral intellectual property agreement (BIP) has the same regulatory subject-matter as the TRIPs: the protection of IPRs. It thus qualifies as “TRIPs-plus” sensu stricto (see article 1 of the Nicaragua-US BIP but also, for example, article 18.1(2)(3) of the Free Trade Agreement between the United States of America and the Republic of Korea and article 4 of the Jordan-US FTA). However, such is not the case of the US–Nicaragua BIT which, while presenting an indirect TRIPs-plus characteristic (sensu lato) by making its signature conditional upon the TRIPS-plus US–Nicaragua BIP, it does not regulate in the same area as the TRIPs Agreement (i.e. the primary aim and purpose of BITs are to protect investors and investments) and it cannot thus be considered as TRIPs-plus sensu stricto.

This distinction between the sensu stricto and sensu lato understanding of the TRIPs-plus concept illustrates the complex relationship between international investment agreements (IIAs) and intellectual property rights (IPRs) agreements. It is quite obvious that both types of agreements share one same objective – the protection of IPRs – but they do so from a different perspective and both have shortcomings. This observation calls for a closer coordination of these categories of agreements to reinforce their shared goals. However, in the current state of play, these types of agreements aim to reach these objectives on the basis of their own legitimacy, which they draw from their particular constitutive documents and intended scopes of application. This separation tends to conceptualize their occasional overlaps as “collisions” rather than “collaboration” or “coordination”. The practical impact of coining these overlaps as collisions rather than collaborations is that it creates situations where a measure may fulfill an obligation under one regime but fail to fulfill another obligation in the other regime.

But how to make these two regimes work together in a consistent and coherent way?

The approach adopted by recent BITs, such as the 2012 US Model BIT, is to give priority to the TRIPs Agreement. For example, in the field of compulsory licensing, the Model BIT provides for an explicit exception to the expropriation provision when the compulsory licence is issued in accordance with the TRIPs Agreement (a similar provision can be found in article 15.8.3(b)(i) of the US–Singapore FTA). The drafters of CETA’s investment chapter also adopted this approach to reach a higher degree of coherence between the investment chapter and the TRIPs Agreement (see articles X.11(5)-(6) and article X.14(4) of the CETA’s Investment Chapter). These agreements aim to reach unity through streamlining legal exceptions so that a real collaboration can take place, leading to two regimes mutually supporting one another. However, it is obvious that a lot remains to be done in this particular regard and while there are a few agreements that have addressed the issue; most have not.

Let us come back to our initial statement: Intellectual property has in today’s legal and economic world numerous ramifications. IP can be analysed under numerous angles, whether from the right holder’s perspective or through the lens of developing countries’ dire need of a variety of technologies related to food or pharmaceuticals, for example. Intellectual property is also present in numerous types of agreements, whether investment or, more generally, trade instruments; whether bilateral or multilateral. Regardless of the medium through which intellectual property is dealt with, these instruments often share common goals such as, for example, the prohibition of intellectual property rights piracy. In this regard, both IIAs and the TRIPs basically act on the same lines, pursuing the same objectives (i.e. the prohibition of IPRs piracy) but also facing similar challenges (i.e. the effective enforcement of IPRs). Why then not make these agreements work together to achieve these common goals? Some will say “l’union fait la force” to which other will respond “easier said than done”. Such a daunting and well known task among internationalists (i.e. that of limiting fragmentation) is indeed far from being an easy undertaking. A first question that it raises is: Who should undertake this task? Is it the responsibility of policy makers and treaty drafters; that of judges and arbitrators; or, both? Another question that could prove to be even more intricate is: How can consistency be achieved? Are mutual renvois in agreements regulating different subject matters and the streamlining of exceptions, as proposed above, sufficient? Should it be accompanied by a systemic interpretation of these agreements by courts and tribunals? These open questions are complex but will eventually have to be answered.