This is the fourth and last post of a series on Media Ecosystems. The first post draws the outline of the series; the second post examines the production of mediatisation content through “publishing protocols”; the third post describes the specificities of the mediatisation of copyrighted goods and the changes brought by digitization.

The picture of the copyright industry that we outline in the third post of this series has many economic consequences. An important one deals with the economics of mediatisation and its impact on creation or diversity. Another with the role of copyright and related internalisation strategies.

Each copyright industry is now confronted with a change of its ecosystem, which affects both mediatisation and distribution. And which in turn, loops back onto production. This process is uneasy to address in a general way because each industry evolves within its own ecosystem. Moreover, each public figure – artist, author, columnist, sportsman, politician, etc. – behaves like an autonomous brand, generating its own topicality, building its own community on social networks. 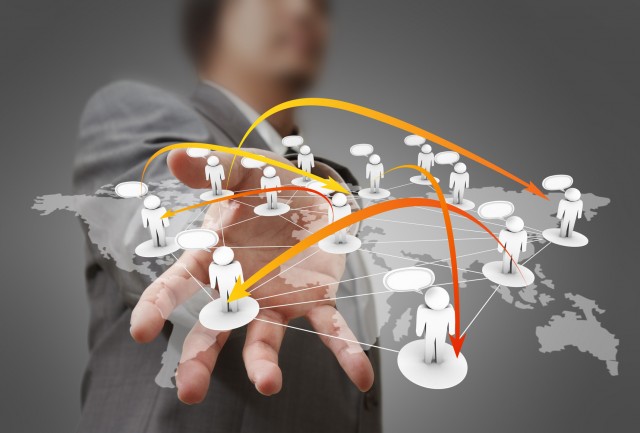 From a microeconomic standpoint, the utility of a copyrighted works can be termed as the sum of the expression and its associated mediatisation. When the mediatisation is subject to network effects, its utility grows with its coverage and with the consumption of the mediatised good. Copyright industries – from the serialized novels published in the newspapers to the Hollywood star-system (Caves, 2000) – have always been confronted with the necessity to generate network effects around brands and branded products. In the analogue world, such network effects were obtained through well-tested strategies combining a release investment calibrated to reach a critical mass and a media reverberation buzzing on the product. And when the buzz was feared to be negative, then the release investment was made to avoid it. (Cf. the case of the Hollywood “ten-ton turkey” release commented by Richard Caves (2000) p.166.)

An open question concerns the achieving of such network effects in digital ecosystems. According to a recent consulting study,

But the top 1% artists grasped 77% of this revenue making digital recorded music a “superstar economy”. This suggests that network effects may be more massive but less accessible in digital ecosystems than in analogue ones. Such a trend would favour on the one hand, big incumbent artists whose long lasting presence grants a critical mass (a lower access cost to media), and, on the other, new artists showing extravagance enough to saturate news and social media (Rihanna, Psy, Lady Gaga, Miley Cyrus…). In other words, the competition for network effects in global digital media seems to induce more “winner-takes-all” behaviours than in the analogue walled ecosystems.

The current paradox of digital ecosystems is that works have become accessible through nearly infinite databases but they are less extensively consumed than in the analogue system. Some more empirical evidence is required to validate such hypothesis, but whether true or not it means that the “long tail” theory (Anderson, 2004) is seriously challenged by the economics of mediatisation. In effect, the diversity of creation – when related to effective consumption – relies more on mediatisation economics than on the productivity of search. A key issue both for economists and media is to design mediatisation models that could enhance the notice of niche products.

Mediatisation economics has long been associated with marketing or advertising whose external effects on sales are difficult to quantify. Simply because the utility of the meaningful complement relies on network effects that are as hazardous to predict as the success of creative works. However, more and more consulting firms are now measuring brands digital presence and their apparent valuation by consumers. Such data, if their collection costs are affordable, might be used to model the network effects associated with mediatisation procedures. (According to our experience, the collection of homogeneous data picked up from various digital media sources requires a dedicated task force with a high fixed cost. The specificity of each mediatisation scheme tends to inhibit such an investment.)

Last, but nor least, the growing importance of mediatisation changes the traditional vision of copyright exploitation. While copyright was for long identified as a way to internalise creation efforts, it is also a way to internalise mediatisation strategies. In a media ecosystem, a copyrighted good can be given for free if its consumption increases its media component. This means first, as noticed by various authors, that piracy or counterfeiting can prove socially useful. Not because it provides access to a lower segment of consumers (Watt, 2000). But because it can raise the utility of the good (the media component) and then, generate a higher willingness-to-pay that is collectable where excludability can apply (as already explained by Paul Belleflamme on this blog). 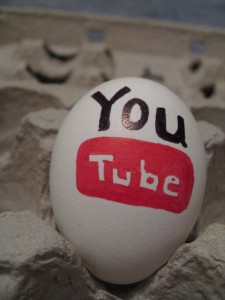 It also means that the previous consent of copyright holders may raise transaction costs preventing them to benefit from mediatisation opportunities. The “notice and take down” procedure applying on digital platforms corresponds to an ex post consent that allows some right holders to better internalise many spontaneous mediatisation efforts. At the cost, of course, of a careful watch of their product mediatisation. The case of the countless parodies posted on YouTube that can be withdrawn on right holders’ request illustrates this trend. Parodies are pieces of the informational complement that add value to the original copyrighted expressions.

The previous consent rule should then apply but with lenience. A too stringent behaviour would prevent right holders from valuable media externalities. Conversely, take down notices corresponding to an effective internalisation decision of the right holder should involve the responsibility of the noticed intermediary. This is the point where copyright enforcement now meets tort law (Lefort, 2013).

More generally, the dissemination of copyrighted works is anything but natural. Following the B&M premise, the utility of copyrighted expressions relies on a media complement produced through publishing and progressive dissemination. Such complement carries network effects and, thanks to its contextual dimension, allows right holders to gain from economies of scale in publishing other works. This point is clearly underestimated by the economic literature. It explains why the Copyright Term Extension Act (CTEA, 1998) has been mocked by so many conventional economists while supported only by a few copyright experts (Liebowitz and Margolis, 2004): the loss of property rights on the Mickey Mouse cartoons would have, no doubt, spoilt the Disney brand and its ability to mediatise new works. Hence, the economics of mediatisation deserve more research and quantitative analysis. It should also promote a better coordination between trademark and copyright law.