The so-called sharing (or collaborative) economy is generally presented as comprising activities that involve sharing under-used resources, in that the owners of these resources (the providers) make them available to other individuals (the consumers).1 Although this definition remains vague (there are many nuances in the ways in which resources are shared and the degree to which they are used), observers agree that activities in the collaborative economy share three important characteristics:

It is this third characteristic that we develop in this article. In particular, we examine the impacts that sharing economy platforms have on the economic and social environment in which they operate. We focus on the tourism and accommodation sector. We begin by explaining how this sector has been profoundly affected by the recent emergence of many platforms, the most famous and successful of which being Airbnb. We then summarise the results of studies that have estimated the impacts that these platforms have, more broadly, on tourist destinations and their inhabitants. Finally, we assess how the current health crisis is likely to call this analysis into question.

Impacts of platforms on the tourism sector

Until recently, the travel and accommodation industry was almost entirely organised in a linear fashion, in the sense that services were provided by companies with their own means of production (means of transport, accommodation facilities) and hiring their own staff (drivers, hoteliers). An intermediate sector complemented the industry, consisting of travel agencies that booked and distributed seats and rooms, and helped travellers find their way through multiple alternatives.

Today, while most of these intermediaries have gone online, a whole new breed of intermediaries has emerged, offering travellers services similar to those of linear businesses, but in a very different way, which could be described as ‘circular’. The most prominent examples of these new intermediaries are Airbnb in the short-term accommodation sector and Uber in the point-to-point transport sector. Both companies share the characteristic of not having the means to provide their service (no accommodation infrastructure for Airbnb, no car fleet for Uber). Instead, they operate as platforms: they do not control the production of a service, but they make it possible by facilitating the interaction between those who want to consume a service (travellers) and those who can perform it (and who act mainly as independent contractors). 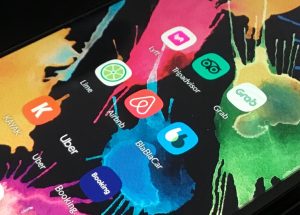 In general, platforms such as Airbnb and Uber can create value by connecting users when they are not able to organise on their own an interaction that would be beneficial to them. Behind these two conditions lies a common driver called ‘network effects‘. Network effects mean that the more participants there are in the interaction, the more beneficial the interaction is for each participant. Network effects therefore increase the value of the interaction but also make it more difficult to organise. Indeed, when potential participants decide whether or not to interact, they generally do not consider the effects of their decisions on other agents. It is then likely that even if all agents find the interaction useful if it were to take place, none of them is sufficiently motivated to initiate the process. This is precisely where platforms can make a difference. By reducing a variety of transaction costs, platforms coordinate the decisions of participants; they make them perceive the value they generate for each other, thereby increasing their motivation to participate. In summary, platforms make a difference by managing network effects.

The huge advantage of network effects for platforms that manage them is that they generate virtuous circles. In the case of Airbnb, travellers value the platform all the more as the number of hosts is large, and vice versa. Therefore, if the platform succeeds in attracting more guests, it will attract more hosts who, in turn, will attract more guests, and so on.2 This explains why platforms that succeed in becoming established have a natural tendency to grow rapidly. Founded in 2008, Airbnb has quickly become a key player in the tourism sector. In some markets, the platform is even considered the standard for accommodation demand, especially among young people, technophiles and price-sensitive travellers. Even if the start was rather slow, the development quickly accelerated from 2011 to reach a base of 150 million users and more than 7 million listed accommodations in 65,000 cities worldwide. In terms of capacity, Airbnb has surpassed the five largest hotel chains in the world. In view of its upcoming IPO (originally planned for 2019 but postponed due to the health crisis), the value of the firm has been estimated at $42 billion (compared to $31 billion in 2017). 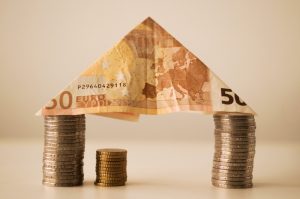 Even if Airbnb has contributed, through its innovative offer, to develop the short-term accommodation market, its current market shares have been acquired, to a large extent, to the detriment of incumbent companies. Several studies have tried to estimate the effects of the increase in Airbnb’s supply of rental accommodation on the turnover per room and/or sales volume in the hotel industry. These studies show that Airbnb’s impacts differ according to the segments of the industry: Airbnb’s offer competes very seriously with budget hotels and motels, not at all with high-end hotels, and seems to compete on a level playing field with mid-range hotels. Thus, depending on the composition of the sample used by the researchers, the conclusion is that the increase in Airbnb’s offer reduces the turnover of the hotels (in the case of low-end hotels), does not affect it at all (high-end hotels) or has ambiguous effects (mid-range hotels). The industry professionals who were interviewed confirm these results from quantitative analyses; according to them, the major hotel chains do not consider Airbnb to be an immediate threat.

Impacts of the platforms on tourist destinations

The growing success of Airbnb (and other similar platforms) has generated a series of socio-economic impacts that go far beyond the tourist accommodation industry alone. Not only are sectors such as catering, culture or entertainment (which are complementary to the tourism sector) affected, but also, more fundamentally, the living conditions of the inhabitants of the destinations popular with Airbnb users.

Over the last five or six years, many researchers have taken up these issues. The majority of studies have relied on quantitative data (there is relatively little theoretical work or work using qualitative data). The basic data come from the Airbnb website; they are either collected by the researchers themselves (through specially written programs; see here) or acquired from specialised firms. These data are then compared with other indicators concerning, for example, the performance of hotels or the demographic, economic and social characteristics of tourist destinations. The aim of these studies is to establish causal relationships–or at least correlations–between Airbnb’s growth (represented by the increase in the number of ads on the site, for example) and various socio-economic aspects.

Sometimes the answers given to the same research question diverge. This is not surprising given that the phenomenon being studied is recent and that the approaches and databases used are varied. Nevertheless, recent work seems to converge on a few stylised facts that we summarise here. 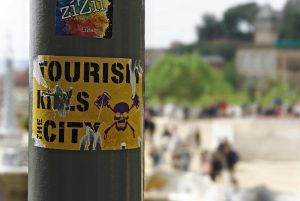 Comparative impacts of the health crisis

At the time of writing, none of the impacts described above are really being felt. Indeed, the covid-19 pandemic has significantly affected Airbnb’s operations by drastically reducing the movement of people around the world. Of course, the entire tourism sector is being hit hard: just as Airbnb decided to lay off a quarter of its employees, many hotels are in a precarious situation, some even being forced to close down (such as the Hotel Métropole in Brussels). The question is, however, which of Airbnb (and collaborative platforms in general) or the hotel chains will be better able to recover once the crisis is over. 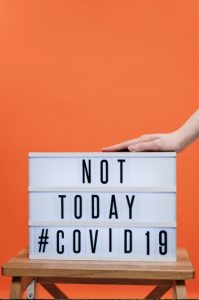 On the one hand, it can be argued that platforms are less at risk since they do not have their own properties and therefore, unlike hotel chains, do not have to pay the fixed costs associated with these properties. Airbnb should therefore get away with less damage.3 However, it must be stressed that Airbnb’s hosts are being hit hard by the crisis and, in particular, those who have invested in the development of properties for the sole purpose of renting them out for short stays on the platform. To try to recoup their investment, these hosts have no choice but to put their property on the long-term rental or sale market. And it is easy to understand that the sudden increase in supply that these movements cause prices to fall on both markets.

Hence, it is a safe bet that these hosts (whose properties are often highly valued by guests) will not try the Airbnb experience again anytime soon. It is also likely that candidate hosts will now be more reluctant to embark on entrepreneurial projects related to Airbnb. But if hosts are becoming scarce, the platform becomes less attractive for guests; and if fewer guests use it, it becomes less attractive to hosts. In short, these same network effects that facilitate the rapid growth of a platform can also accelerate its decline.

Faced with this critical situation, Airbnb did not sit idly by. On its new home page, the site now highlights monthly rentals. These ‘medium-term’ rentals are intended, for example, for people who have to spend a few months in another city for professional reasons. Airbnb’s interest in this kind of service is not new, but we suspect that the health crisis has prompted the platform to accelerate its entry into this segment. Given the size of Airbnb, this strategy is likely to have an impact on local rental markets. Of course, it is too early to estimate this impact and, in any case, it will be difficult to separate it from the effect of other factors (including the pandemic itself) which are currently hitting the markets.

In the end, the pandemic could be good news for Airbnb’s traditional competitors and for cities or neighbourhoods suffering from the inconvenience. For travellers, it may be bad news as their range of choices may shrink.