This post describes the preliminary results of an ongoing research project with my colleague Francis Bloch from Paris School of Economics.

Many product and process innovations can be fragmented into a set of sub-innovations. Examples are multi-stage production processes, production processes requiring the use of different complementary components, or processes combining the use of a specific ingredient with a production method. To protect such innovations, inventors may be tempted to combine patents and trade secrets, typically by patenting some sub-innovations while keeping others secret. For instance, Barry Callebaut used a combination of this sort to protect its new ‘Ruby Chocolate‘. 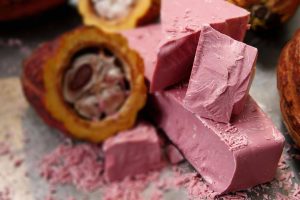 Whether inventors are allowed to do so or not depends on the patent laws, regulations or guidelines of the country where they file their patent application. In particular, it depends on whether the best mode disclosure is a requirement of patent application or not. As Lu (2011, p. 409) explains,

“[u]nder this disclosure requirement, an applicant or inventor must, at the time of filing his or her patent application, disclose not only the invention and how to make and use the invention, but also the best mode contemplated for carrying out the invention.”

In other words, for a patent to be valid under the best mode requirement, it must reveal all aspects of the invention that are necessary to operationalize it; as a consequence, the inventor cannot get a patent and still keep some aspects of the innovation a secret.

As the best mode disclosure requirement is only an optional obligation under the TRIPS Agreement,1 countries have implemented it in various degrees into their patent law. This is best seen when comparing the United States, Japan, China and Europe, which account together for more than three-quarters of international patent applications.2 It is in Europe that the situation is the most clear-cut: no best mode disclosure is required. According to the European Patent Law, the patent application must include at least one way of practicing the invention, but not necessarily the best, or even a good way.3 The situation is more ambiguous in the other three countries, where the best mode disclosure is implemented but with different strengths. In Japan, the best mode disclosure can be considered as a ‘soft requirement’, as “failure to disclose the best mode does not have any effect on the grant or validity of patent.” (Lu, 2011, p. 413) A similar conclusion applies for China.4 Finally, in the United States, the Patent Reform Act (known as the Leahy-Smith American Invents Act or AIA for short) passed in 2011 has, arguably, weakened the requirement of best mode disclosure; as Crawley (2014, p. 20) reports, 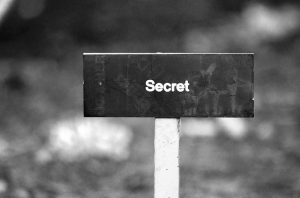 Motivation for our research

The variety of approaches regarding best mode disclosure and the rather ambiguous compromises that prevail in Japan, China and, since 2011, in the United States suggest that the impacts of imposing or not this requirement are not easy to evaluate. The debate that took place in the United States before and after the AIA was passed also shows that the ins and outs of best mode disclosure may not be fully understood. In particular, proponents of maintaining the best mode requirement argue that the main raison d’être of this requirement is to preclude patentees from keeping a competitive advantage after the expiration of their patent. As Carlson, Przychodzen and Scamborova (2005, p. 271) put it,

“absent the best mode disclosure obligation, the primary purpose of the patent system would be frustrated because the inventor would be permitted to retain the details of his or her invention as trade secrets while gaining the benefit of the patent monopoly. Such a result would allow inventors to effectively have their cake and eat it too.”

In the same spirit, some legal scholars fear that the “emasculated form” of the best mode requirement post-AIA will induce patent owners to “attempt to obtain belt-and-suspenders protection for their inventions by relying on patents and trade secrecy”, which will allow them to “retain potentially perpetual rights (though admittedly narrow ones) in their inventions despite receiving a patent” (Love and Seaman, 2013, pp. 20, 12, 14-15).

Although the previous line of thoughts correctly stresses that the strength of the best mode requirement affects the quid pro quo underlying the patent system (i.e., the inventor is granted a temporary monopoly in exchange for public disclosure of the innovation), it might overestimate the negative impacts of eliminating the requirement. The reason is that the argument seems to associate secrecy with an almost total absence of disclosure, as though the probability to discover a trade secret was fixed and close to zero. Yet, in reality, the probability that a trade secret would eventually leak does not only depend on the inventor’s efforts to keep the secret but also on the competitors’ efforts to discover it. Competitors do indeed invest resources in R&D to uncover trade secrets, either through reverse engineering or through independent discovery. More importantly, the resources that competitors invest depend on the protection strategy chosen by the inventor: the more the inventor relies on secrecy, the more there is to be discovered and so, the higher the expected returns on R&D for the competitors. Competitors are thus likely to try harder to discover ‘larger’ secrets. This has two important consequences for society. First, the competitors’ reaction may make inventor’s reluctant to rely (too much) on trade secrets to protect their innovations. Second, if inventors rely on trade secrets, the more they do so, the faster secrets are likely to be discovered and fall into the public domain. These two effects have been widely studied in the black-and-white situation in which patent rights and trade secrecy are seen as mutually exclusive.5 We contend here that they also need to be studied carefully in the greyer situation that prevails when the best mode disclosure requirement is dropped altogether or is imperfectly enforced. 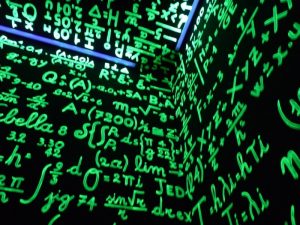 To analyse how the best mode disclosure requirement affects patenting behaviour, we model the interaction between an inventor, who chooses her optimal protection strategy (given the patent law), and a competitor, who chooses how much resource he allocates to try and discover whichever part of the innovation that the inventor kept secret. We contrast two legal environments. In the first environment, best mode disclosure is required, and the inventor is then forced to protect her entire innovation either by patenting it or by keeping it secret. In the second environment, best mode disclosure is not required, and the inventor is then free to choose any combination of patent and trade secret she sees fit.

We compare the firms’ equilibrium decisions in the two environments. First, we notice a number of similarities: irrespective of whether best mode disclosure is required or not, we observe the following results.

However, the inventor and the competitor do not behave exactly in the same way in the two environments. The differences in equilibrium behaviours come from (i) what separates a ‘costly’ from a ‘cheap’ discovery technology, and (ii) in which proportion (or with which probability) the innovation is patented.

In our future research, we plan to contrast the firms’ equilibrium decisions to what would be optimal from society’s point of view (i.e., by taking into account the benefits for the consumers, along with the profits of the firms). Our objective is ultimately to describe the conditions under which maintaining the best mode requirement or abandoning it is the desirable policy.

2 In 2016, an estimated 233,000 international patent applications were filed under WIPO’s Patent Cooperation Treaty (PCT). The United States Patent and Trademark Office (USPTO) received 24% of these PCT applications, the Japan Patent Office (JPO) and the State Intellectual Property Office of the People’s Republic of China (SIPO) received each 19%, and the European Patent Office (EPO) received 15% (WIPO, 2017).

5 See Hall et al. (2014) for a comprehensive survey of the empirical and theoretical literature.