This article is the second part of a three-piece series that discusses the incentives and the challenges for firms to engage in open IP practices.

The more the merrier

As discussed in a recent post, over the past years many firms have operated a 180-degree turn in their way of managing knowledge. Good old defensive IP strategies (which could be summed up with only a slight trace of overstatement as “invest massively in R&D, discover something big, get patent protection, jealously protect your IP rights and make money out of patent litigation while you are at it”) are making room for more open approaches towards innovation. In the spirit of the open-source movement, pioneering collaborative initiatives offering royalty-free access to patent portfolios have recently been launched by large corporations. And this phenomenon is especially gaining traction in the green technology field.

Intellectual property rights have been designed to foster investments in research and development by allowing the appropriation of the resulting technology. However, IP protection comes at a price which is a slowdown in knowledge diffusion. This drawback becomes critical when the protected technology relates to climate change mitigation, the classic example of an international-scale public good. Economic activity in one part of the globe may have a knock-on effect across all countries and a large part of the benefits of greenhouse gases reduction flows to those who do not bear the underlying costs. The carbon crisis is a common challenge which can only be met by collective endeavour, in particular when it comes to worldwide technology diffusion. Alongside with growing public concerns and new regulations imposing environmental standards, sustainability has become a critical issue to businesses and IP-sharing initiatives have voluntarily emerged from the private sector. 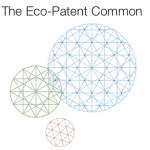 is probably the most illustrative collective attempt to foster green technology transfers that has been launched so far. IBM, Nokia, Pitney Bowes and Sony in collaboration with the World Business Council for Sustainable Development created in 2008 a platform gathering patents addressing a wide range of sustainability issues among which waste management, pollution control, and energy demands. Since its launch, about a hundred eco-friendly patents pledged by thirteen companies have been made available for free use by anyone without even requiring notification to the patent owner as long as the use benefits the environment.

“Yesterday, there was a wall of Tesla patents in the lobby of our Palo Alto headquarters. That is no longer the case.” In another vein, you might have come across Tesla Motors’ dramatic announcement stating loud and clear that open licensing of green technology does not necessarily have to result from collective efforts. In June 2014, Tesla Motors, in a move that some consider as an open source revolution while a few others deem it as a bad judgement call, decided to share all the patents covering its ground-breaking electric car technology for free. This initiative seems to have inspired another green car maker. A few months later Toyota announced in no less theatrical way that it would make thousands of hydrogen fuel cells related patents available for royalty-free use on the ground that the development of new technologies and move into the future of mobility can be speeded by eliminating traditional corporate boundaries.

Whether rooted in collective action or as a result of stand-alone decisions, voluntary initiatives are carried out by patent holders who consider that the benefits of sharing green technologies offset the gains that would be secured by restricting access to their technology. As sustainability concerns seem to be spurring the open innovation movement, one might wonder what drives private companies offering the results of their R&D efforts free of charge to everyone interested, and in particular to their rivals.

What’s in there to lose?

By open-sourcing their patents not only do firms give up on the money they could have earned by commercially exploiting them but they also incur the costs of keeping their patents alive. Making patents available for use by third parties free of charge while retaining ownership rights (which is technically called pledging) indeed implies in most countries that patent owners have to pay maintenance fees on an annual basis. (For an insight on how costly maintaining a patent in force can be, check this out.)

It should also be pointed out that there is absolutely no guarantee for firms sharing their technology to be returned the favour. True open-source commitment only goes one-way, meaning you cannot require users of your open-sourced technology to share theirs with you. In January 2015 at Detroit Automotive News World Congress, Tesla CEO Elon Musk made it very clear that Tesla is making all its patents available unconditionally to anyone interested without requiring any formal discussion (“they can just go ahead and use them”). If Tesla’s CEO has committed to going truly open-source, Toyota is more mitigated in its adoption of the open-source philosophy. First, Toyota seems to have an issue with the concept of one-sided contribution as “they will request (but will not require) that other companies share their fuel cell-related patents with them for similar royalty-free use”. Second, while patents concerning hydrogen production and supply will remain open for an unlimited duration, generosity regarding patents related to fuel cell vehicles has an expiration date since those “will be available for royalty-free licenses until the end of 2020.” Similarly, firms participating in the Eco-Patent Commons also kept a way out of open-source in 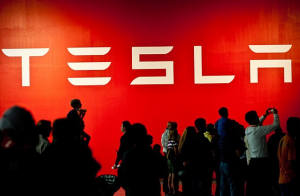 the form of a defensive termination mechanism. This mechanism, designed to preserve a pledging firm’s business interests, constraints licensees that incorporate licensed technology into their products. Patent owners are indeed allowed to assert their patent rights against a licensee using the technology provided that this licensee brings an infringement action against them.

Finally, depending on the strategic value of the patent you’re pledging, there is a risk you might actually help your rivals overtake you by making it more difficult for you to differentiate your products. The Eco-Patent Commons straightforwardly acknowledges this issue and explicitly focuses on eco-friendly patents which do not represent “an essential source of business advantage” to their owners. In an empirical study, Bronwyn H. Hall and Christian Helmers reach the conclusion that the patents pledged into the Eco-Patent Commons “are not for very radical inventions” and that “one reason for pledging them may be that they are not very valuable to the firm holding them”. Tesla and Toyota’s moves however appear to be much more significant. Eric Lane (founder of Green Patent Law and author of the Green Patent Blog) stated that “[w]hile the Eco-Patent Commons consists of tiny random slices of technologies the donating companies had little interest in exploiting, Tesla’s patent portfolio is large in breadth and scope and presumably includes the crown jewels of the company.” Likewise, the patents made available by Toyota cover a no less revolutionary technology as the company has invested millions into the hydrogen fuel cell technology over the past decade.

Open-sourcing green patents comes along with substantial downsides for private companies. Not only do they have to forego earnings but they also have to shell out money so as to keep their patent alive. On top of that, there is absolutely no guarantee of seeing others reciprocate and it might actually help competitors outstrip them along the way. Which brings us to the crux of the matter: what reward will they get from such business decisions?

What’s in there to gain?

As we discuss initiatives aiming at tackling climate change, the first thing to set out is probably that patent holders may find it rewarding to contribute to a welfare-improving project without only considering monetary benefits they could derive from such project. But of course, that’s not where the story ends.

From a business standpoint, contributing firms might also consider long-term benefits that could be brought about by building a green brand image. The decision to let others use patented green technologies is clearly very likely to generate PR benefits. (And if you’re not already convinced, a quick Google search will probably do the job as the Internet is crawling with blog articles praising green open innovation initiatives.)

By displaying a spirit of boldness and by demonstrating commitment to public interest matters, open-sourcing green patents might well inspire people, thereby encouraging top talents to join the company and valuable employees to stay (a pretty sound strategy when you know Apple is now bidding big bucks to recruit Tesla employees). Tesla’s CEO explicitly acknowledged this motivation by stating that “[t]echnology leadership is not defined by patents, 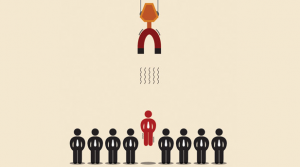 which history has repeatedly shown to be small protection indeed against a determined competitor, but rather by the ability of a company to attract and motivate the world’s most talented engineers. We believe that applying the open source philosophy to our patents will strengthen rather than diminish Tesla’s position in this regard.”

Nowadays, it is not unusual for a technology company to spend more on patent purchases and litigation than on R&D activities. With patent litigation on the rise, the threat of intellectual property rights disputes has become a major concern for technology corporations. And in such a context, going open-source might actually be a way to save money from patent litigation. According to Karl Ulrich, Wharton’s Vice Dean of Innovation, by granting access to its patents, “Tesla is essentially deciding it doesn’t want to spend money litigating patents, which is a great decision for its shareholders and for society.”

Releasing patents with strategic value, far from getting you caught up by competitors, might rather be a way of pulling out of a competitive product market. Take the sustainable vehicles market for instance. On the one hand, Tesla produces electric cars which operate via lithium ion batteries. On the other hand, Toyota’s electric vehicles (known as fuel cell vehicles) are fuelled through the chemical reaction between hydrogen and oxygen. One of consumers’ uppermost misgivings about electric vehicles is to run out of power without a charging spot nearby. The bigger the charging station network, the more people will adopt electric cars. By making their patented technology available for free, electric car makers are increasing the likelihood of seeing their format of fuelling station become an industry standard. And this goes the other way around. Tesla and Toyota obviously produce the batteries and the fuel cell system components which they respectively need to power their electric vehicles. Another way for those companies to take advantage of the release of 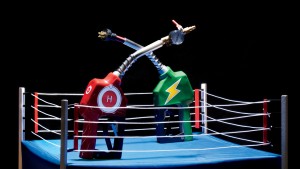 their technology is by selling fuelling inputs to other carmakers. Open-sourcing patents is thus a great opportunity of competing on your own terms by encouraging other to build upon you. As stated by Ron Pernick, “both companies clearly see open patents as a powerful tool to advance their competing visions of the future of clean transportation.”

CEOs of the companies mentioned in this blogpost have not suddenly turned into completely disinterested philanthropists. They rather realized that not only does green patent sharing benefit society as a whole but that it might also be in their very own interest. These innovative business plays indeed come along with a wide range of strategic benefits. From a PR perspective, labelling your company as green and open is bound to win over consumers and appeal to talented workers. Money wise, granting royalty-free access to your IP rights is a drastic way of guaranteeing you won’t waste time and money litigating patents. And last but not least, making your technology free enhances the chances for others to build upon it, placing yourself at the centre of a growing market.