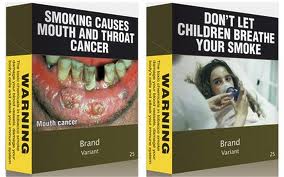 As already reported several times on this blog (see here, here and here),  plain packaging of tobacco products, i. e. the requirement to remove or substantially reduce the appeal of the brand on the packaging of cigarettes and other tobacco products, remains a hot topic. It is part of health law, but has some implications for trademark law too: cigarette manufacturers are prevented to use their protected logos and trademarked colors.

Australia was the first (and remains the only?) country to mandate plain packaging. Its law was challenged before the High Court of Australia for a breach of the constitutional protection of property (see my summary When plain packaging becomes a matter for the judges). It is now challenged before the World Trade Organisation by five countries (including Ukraine and Honduras).

In the meantime, the plans to introduce rules requiring cigarette packs to use standardised labels without any branding seem to stall or be delayed, at least in the UK, New Zealand, Norway and South Africa (see a July 12, 2013 article in The European Voice, here).

In Europe, the debate on plain packaging took place at the occasion of the Revision of the Tobacco Products Directive 2001/37/EC. The draft directive was published by the European Commission in December 2012  (see here the legislative documents and studies). The preparatory materials include “a review of the science base to support the development of health warnings for tobacco packages” (study by Sambrook Research International for the European Commission). For those who like horrors stories, the appendix 6 (p. 141 and ff) of this study lists 42 pictorial warning used to convey negative messages about smoking under the topics: smokers die younger, smoking clogs the arteries and causes heart attacks, smoking causes fatal lung cancer, smoking is highly addictive, smoking can cause a slow and painful death, smoking can damage the sperm and decrease fertility, smoking when pregnant harms your baby, etc. It is instructive to read the detailed recommendations regarding the key design parameters of health warnings and their optimum specification. The key parameters of importance are as follows: 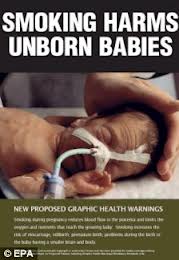 On October 8, 2013, the European Parliament, in plenary session, rejected an amendment that would require plain packaging. It also voted to adopt rules requiring the health warnings to cover no less than 65% of the front and the back of the packs. It thus appears that the rules adopted so far only fit in part with the “scientific” recommendations on labelling and packaging.

Here are my questions:

– Where do we stand in the legislative process and what can we expect in the next months?

– Do you think the requirements of plain packaging and the rule relating to the size of the warnings are a true “invasion on intellectual property rigths” that is not compatible with existing rules on IP? What is the best argument for those opposed to plain packaging?

– What is your view on the argument that such rules would constitute an illicit “encroachment on the fundamental right of property”? Is there another fundamental right involved in this debate and how can it be affected by the rules now under consideration at European level?

Thanks for summarizing the situation after the vote at the European Parliament and for sharing your thoughts!

You can go also beyond the IP-related  arguments. For instance, there is an interesting view about the type of approach followed by the European Commission in drafting the proposed Tobacco Products Directive. According to A. Alemanno, Prof. of EU law at HEC Paris (see here), the Commission follows a “nudge” approach which fits with “soft or libertarian paternalism“: according to such approach, “the goal of public policy should be to steer citizens towards making positive decisions as individuals and for society while preserving individual choice“. Quite interesting to reflect on the public policy that best fits with the objective of fighting the smoking effects: should tobacco products be prohibited, at least in certain areas (smoking bans)? should the sole measure be advertising bans? what about the use of tax measures (high excised duties)? The focus now is on reducing the attractiveness of the brand at the point of sale (on the packaging). It is not about increasing the cost for smokers, but about the image of smoking generated when the decisive act of buying is made.  Who said that money is not all in the course of trade?