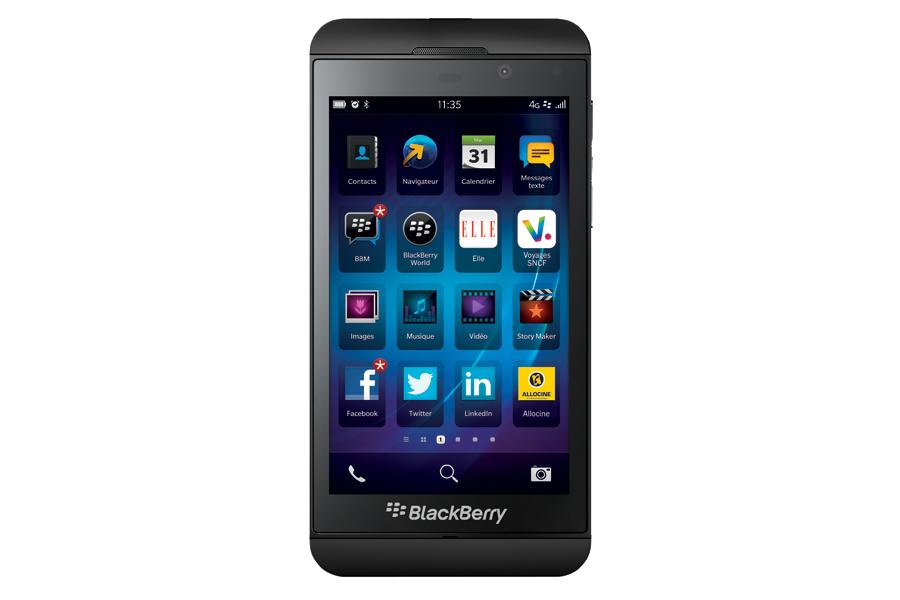 This is the second post adapted from term papers that my master students submitted in June 2013. This post (originally written by Loïc Esselen, Zhang Hong, Sebastian Malmport and Vianney Picavet) has been polished and complemented by Olivier Simons.

Once Research In Motion (RIM), the Canadian company that makes the BlackBerry, has been market leader in the mobile phone market; since then, Apple and other Android phones have hugely overtaken it. Beth Snyder Bulik offers a clear and better understanding of the reasons why the company’s leader position (and profits) plunged through the past years. In order to turn over its critical situation, the firm has operated several key changes early 2013, among which the release of the new BlackBerry smartphone Z10. A few days after the announcement of this release, an article published in The Economist in early February 2013 raised the issue: “BounceBack or ByeBye?”. This question emerged as RIM finally reacted to its difficult situation by announcing some novelty: (1) a brand new operating system (OS), (2) a new generation of mobile phones, (3) a renaming from “RIM” to “BlackBerry”.

In short, through the past months the firm has been striving to restore its image. Yet, do these key changes arrive on time? Or aren’t they already too late? Will they be encouraging enough for the company to sustain its activities?

As explained in “Industrial Organization: Market and Strategies” (Belleflamme and Peitz, 2010), network effects in the digital world can be formally defined as follows:

“a product is said to exhibit network effects if each user’s utility is increasing in the number of other users of that product or of products compatible with it”.

From there, it is obvious why BlackBerry should care about generating network effects. Active in the digital and social media world with its mobile phones, and forming a system market with its OS, BlackBerry has a lot of reasons to focus on network effects as a prime aspect of its strategy. In this regard, one can particularly observe three types of network effects at play.

Cross-sided network effects. The most important network effects concern the applications (apps) available on BlackBerry’s OS. Smartphone users are indeed concerned about being able to download a wide variety of apps while at the same time, the more an OS is used (i.e. the more users have adopted it), the more apps developers are willing to invest in apps compatible with this OS (at the advantage of the users). Such OS are thus facing a “chicken-and-egg” problem: how can they get both apps developers and apps users at the same time, since both of them are waiting for the other side to adopt the OS first. BlackBerry is aware of that and has therefore announced the availability of about 70,000 apps for the launch of its new OS. Despite this effort, this basket is still far less attractive than the main competitors’ ones (there are more than 700,000 applications available on Google and Apple’s OS). BlackBerry’s new claimed focus is thus to foster the development of many apps compatible with their OS. Thanks to network effects, they expect that the quality and the size of the developers’ community will bring in new customers, hence launching a virtuous circle (or snowball effect).

Direct network effects: communication benefits. The second source of network effects relevant to BlackBerry’s business has to be found in a specific application of the firm that has largely contributed to make its past success: BlackBerry Messenger. As much as Skype or MSN messenger in their fields have succeeded in gathering a community of loyal users, this app did the same for former mobile phone users. It was meant for its users to send text messages through the app for free; in other words, the success of the app rested on network effects: the more users got the app, the more the app was useful and beneficial for its users. It is worth noticing that while network effects may create a positive snowball effect, they may induce the opposite as well. Regarding this app, it has suffered from the decline of BlackBerry and hence from the reduction of its users, fostering further the disutility of the app. Because of the potential of this formerly-successful-community, BlackBerry has recently made an attempt to counteract the negative slope on which the app was stepping. It indeed announced during the BlackBerry Live 2013 event on May 14, 2013 that BlackBerry Messenger was going to be compatible with Android and iOS by this Summer. While we are still waiting for it, it seems that it is going to come soon, this Thursday? Using their famous app would thus be another way to rely on network effects to bounce back in the mobile phone market. 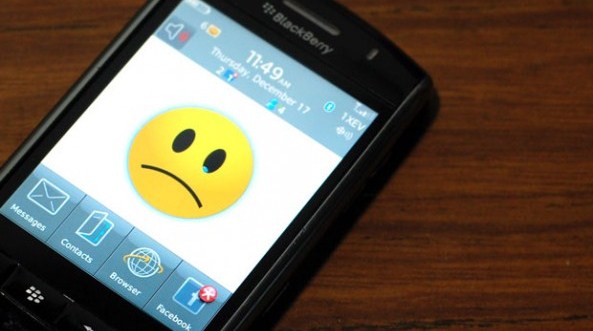 Direct network effects: word-of-mouth. Finally, another network effect on which BlackBerry could plan its catching up is particularly observable in emergent countries, where the firm has substantial market shares (e.g., India, Indonesia or Venezuela). In those countries, people are not technology-informed as we are. The word-of-mouth is still predominant, and BlackBerry is still surfing on the good reputation it acquired over the past years. However, this is not going to last forever, and it is even already changing in some places, like Christopher Mims mentioned it in his article:

“In September 2012, Android became a more popular mobile OS than BlackBerry in Indonesia, which had previously been the biggest market in which it still held sway. Once that tipping point was crossed, network effects that were preserving RIM’s lead started to work against it.”

This network effect is thus useful for a while but it cannot be part of BlackBerry’s new strategy.

A good device, but not an astounding one.

Combined with the release of its own OS in its attempts to revive in the smartphone market, BlackBerry has launched a new model: BlackBerry Z10 (note that the Z30 is going to be released soon). Outwardly, it is a well-designed and manufactured smartphone, working on the new and interesting OS. Per se, it is able to compete with Apple or Samsung. Furthermore, a gigantic marketing budget has been unlocked to make sure having a sufficient impact on the public (e.g., the ad for the Super Bowl, or the presence of Alicia Keys at the presentation of the Z10 and Q10. BlackBerry’s CEO indeed announced for the Wall Street Journal:

“it’s gonna be big. Let’s say several hundreds of million dollars. You will see a huge spend coming in the next quarter once it’s launched, with a global marketing campaign.”

However, one can reasonably be doubtful about the ability of such new phone to capture substantial market shares. Its advantages and qualities are indeed not sufficiently different from competitors’. Moreover, what historically generated the reputation and the competitive advantage of BlackBerry mobile (e.g., security, reliability, BlackBerry’s Messenger’s concept, etc.) has vanished as these features have been successfully imitated by the competition. As a matter of example, iOS and Android have been adopted by some US federal institutions over the past years.

Besides, another former BlackBerry’s competitive advantage was their stranglehold on the B2B market: many companies bought plenty of phones to redistribute them for a professional use to their employees. However, a new conceptual model seems to prevail nowadays: “Bring Your Own Device” (BYOD); it refers to the new practice when employees use their own phones in a professional way. Then, companies do not contract anymore with phone manufacturers, and B2B tends to disappear. 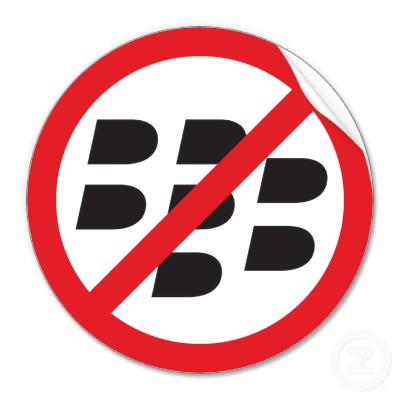 The question is then: can BlackBerry secure a new competitive advantage now? In this respect, it seems that the new OS has been conceptually well-thought out; however, it is still not differentiated enough to reasonably forecast a mass effect of adoption at the expense of competitors’. Furthermore, the marketing positioning does not seem to be optimal. BlackBerry is indeed mainly effective in emerging countries where there is a lower purchasing power, while the Z10 is a high-quality smartphone, likely to be too expensive for such markets. In a nutshell, the old competitive advantages the firm used to possess do not longer exist and, on the other hand, the new BlackBerry Z10 only seems to catch up with competitors’ devices without offering anything on top; at best, the phone is above the market regarding to common characteristics, but it does not offer something more, something that could switch Apple and Google users towards BlackBerry.

On top of these considerations, another obstacle may impede BlackBerry’s successful revival: the costs of switching from another smartphone and/or another OS to BlackBerry’s phone and OS. Switching costs have indeed a strong potential to discourage users from changing of services or products. Potential buyers would for instance have to learn how to use the new phone, the new OS, the new apps compatible with it, etc. In this respect, it may be argued that as the smartphone market is in constant motion and that users are changing of mobile devices relatively often, switching costs are not that important regarding the device in itself (read: the hardware). Moreover, BlackBerry’s OS has been highlighted as simple, and it seems there is no apparent difficulty to move from one competitor’s OS to BlackBerry’s. However, this regards the OS itself; it is another matter regarding the services that are running on it. As a matter of example, iOS and Windows are designed as to be optimized with Apple and Microsoft’s other services, such as calendar, mail, cloud, etc. All these features make the cost of switching to another OS with other apps higher. Switching costs are thus a true concern for BlackBerry.

Moreover, “true” costs may be considered as well; by switching device, users may indeed be required to repay for applications they owned previously. Besides, applications for sale on BlackBerry are on average more expensive than on Apple Store or Google Store, which may drive consumers choosing for the latter instead. Finally, the costs that the developers may face for adapting their apps to BlackBerry’s OS is quite low in itself. As mentioned earlier, what really matters for them is the whole network that will concretely use their new applications.

All in all, the onetime market leader position that BlackBerry enjoyed now belongs to the past, and the situation does not seem to change soon. The prospects are indeed gloomy, and only time will tell us how well the Canadian firm will stand up to a fierce market with such a loss of shares in the recent past. What about you? What is your opinion about BlackBerry’s future? Do you have any advice about how the firm could turn around the situation in its favor?