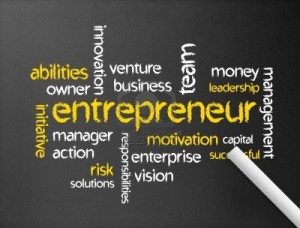 In a chapter that I wrote in 2008 for the book “Intellectual Property and the Theories of Justice” (edited by A. Gosseries, A. Marciano and A. Strowel), I summarize how economists generally explain that the state has a role in promoting innovation.

The problem with activities generating information or knowledge is that they suffer from the three generic sources of market failure: indivisibility, uncertainty and externalities. First, indivisibilities are present because the creation of new knowledge and new information involves large, fixed, set-up costs, requires the division of highly specialised labour and is therefore prone to economies of scale. Second, investments in research and development (R&D) involve two types of uncertainty: in addition to technological uncertainty (how to make new things and how to make them work), there is commercial uncertainty (how to make new things that will be adopted by the consumers); moral hazard problems ensue as it is generally impossible to attribute the failure of a project to a lack of effort or simply to bad luck. Finally, because information and knowledge are inherently public goods, their producers generate many externalities. Public goods are characterised by non-rivalness in consumption: the consumption of the good by one person does not prevent (rival) its consumption by another person; there is thus the possibility of collective consumption. (…) Public goods are said to be ‘pure’ when they are also non-excludable, in the sense that one person cannot exclude another person from consuming that good. (…)
The three sources of market failure associated with investments in information production generate the problem of appropriability, which sets them apart from other investments made by firms or individuals. That is, innovators and creators face a serious risk of appropriating only incompletely the returns from their activities. As a result, there is a general presumption that markets provide too few incentives to introduce new innovations and that the production of information may well be insufficient from a social point of view. Economists therefore agree that governments ought to intervene to provide the right incentives to create and innovate.

I also explain on this blog how important is the promotion of innovation to sustain economic growth.

Although economists agree on the necessity of public intervention, they largely disagree about how far this intervention should go. On one extreme of the spectrum, there is the view that public intervention in terms of innovation should be kept to the bare minimum. A good summary of this view can be found in the conclusion of an article published in The Economist about the digitization of manufacturing:

Governments have always been lousy at picking winners, and they are likely to become more so, as legions of entrepreneurs and tinkerers swap designs online, turn them into products at home and market them globally from a garage. As the revolution rages, governments should stick to the basics: better schools for a skilled workforce, clear rules and a level playing field for enterprises of all kinds. Leave the rest to the revolutionaries. 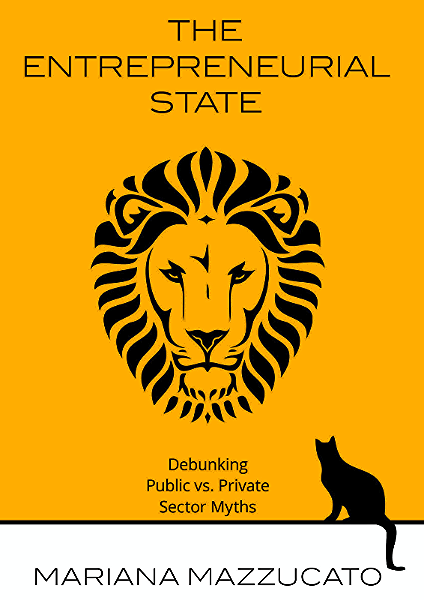 With her recent book, “The Entrepreneurial State”, Mariana Mazzucato stands unwaveringly at the other end of the spectrum. She defends the idea that public intervention goes much further than what is usually admitted. As she explains it in Slate,

the state does more than just fix market failures – the usual way economists justify state spending. The state has shaped and created markets and, in doing so, taken on great risks.

She supports this claim with several case-studies, the most striking being the case of Apple:

Apple is a perfect example. In its early stages, the company received government cash support via a $500,000 small-business investment company grant. And every technology that makes the iPhone a smartphone owes its vision and funding to the state: the Internet, GPS, touch-screen displays, and even the voice-activated smartphone assistant Siri all received state cash. The U.S. Defense Advanced Research Projects Agency bankrolled the Internet, and the CIA and the military funded GPS. So, although the United States is sold to us as the model example of progress through private enterprise, innovation there has benefited from a very interventionist state.

After having supported the view that the state is so important to investments in high-risk innovation, Mariana Mazzucato goes further by advocating that the state should capture a higher direct return on its investments:

Recognizing the state as a lead risk-taker, and enabling it to reap a reward, will not only make the innovation system stronger, it will also spread the profits of growth more fairly. This will ensure that education, health, and transportation can benefit from state investments in innovation, instead of just the small number of people who see themselves as wealth creators, while relying increasingly on the courageous, entrepreneurial state. 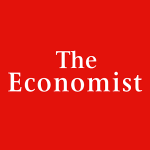 Naturally, The Economist begs to differ with this assertion, as clearly expressed in the Schumpeter column of August 31, 2013:

Ms Mazzucato omits to acknowledge how often would-be entrepreneurial states end up pouring money down ratholes. The world is littered with imitation Silicon Valleys that produce nothing but debt. Yes, private-sector ventures also frequently fail, but their investors know when to stop: their own money runs out. Governments can keep on throwing taxpayers’ money away. It was once fashionable to praise Japan as an entrepreneurial state being guided to world-domination by the enlightened thinkers in its mighty industry ministry. Nowadays it is clearer that the ministry has been a dead hand holding back innovation and entrepreneurship.Ms Mazzucato laments that private businesses are too short-termist. But governments also routinely make investments on the basis of short-run political calculations rather than long-term pay-offs. She worries that anti-statist ideology is reducing the state’s ability to make important investments for the future. In fact, the explosion of entitlement spending, which is allocating ever more of the country’s income to the old, is doing more to undermine the entrepreneurial state than the tea party. She is also too hard on business: putting all those different state-funded technologies together into user-friendly iPads and iPhones required rare genius that deserves rare rewards.

There is, however, some room of agreement between the two views, as The Economist writes:

Quibbles aside, Ms Mazzucato is right to argue that the state has played a central role in producing game-changing breakthroughs, and that its contribution to the success of technology-based businesses should not be underestimated. She is also right to point out that the “profligate” countries that are suffering the most from the current crisis (such as Greece and Italy) are those that have spent the least on R&D and education. There are many reasons why policymakers must modernise the state and bring entitlements under control. But one of the most important is that a well-run state is a vital part of a successful innovation system.

We are thus left with this question: What makes a state a succesful entrepreneur? Should the state be “obsessed by competition” and “make scientists compete for research grants, and businesses compete for start-up funds—and leave the decisions to experts, rather than politicians or bureaucrats”, as The Economist advocates. Or should it be more proactive by taking on risks, promoting the spread of existing technologies, and seeking potentially lucrative scientific breakthroughs, as Ms. Mazzucato believes?

What is your view?