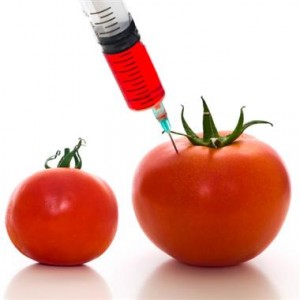 Last October, the U.S. Supreme Court decided to take a case on the exhaustion of patent for genetically-modified (GM) seeds. The forthcoming ruling could have far-reaching effects if it overturns the prohibition of GM seeds saving.

Such revision of the case law would allow farmers to replant some of the seeds generated by the previous harvest. Farmers for generations have saved some seeds but, with GM seeds, the subsistence of the protected traits (the patented modification of the seed genes) in the second generation puts into question this old practice of farmers.

On the other hand, if the prohibition is lifted, this would have “cataclysmic repercussions for the business model in the seed bitotech industry” according to Chuck Benbrook, a research professor at Washington State University (quoted in an Oct. 5, 2012 Bloomberg Businessweek article).

In Monsanto v. Bowman (see the presentation on ipdigit here), the court of appeals of the Federal Circuit (Fed. Cir., No. 2010-1068, 21 Sept. 2011) considered that the result of the self-replicating technology (the modified soy seeds) is a “newly infringing article”. Thus, even if the original seed is subject to patent exhaustion after its first sale, replanting the second generation is not.

The way the rule on patent exhaustion is (re)defined might thus have far-reaching effects on some innovation in the biotech industry. While, for Bowman’s lawyers, the ruling of the Court of appeal eviscerates the possibility to rely on exhaustion as a viable defense to patent infringement, the 2011 ruling of the Court of appeals was welcomed by Monsanto as “reaffirm(ing) important intellectual property rights of significance to the entire agricultural biotechnology industry”.

The incentives to innovate should be preserved, but, at the same time, some marketing practice, such as the contractual prohibition of reuse (or of resale), should not extend too far. Farmers such as Bowman who buy seed varieties where the (Roundup Ready) genetic trait is inserted must consent to a Technology Agreement which requires the grower “to not save any crop produced from this seed for replanting, or supply saved seeds to anyone for replanting”. This contractual practice is commonly backed by the doctrine of the “conditional sale exemption” (as reminded by the Bloomberg Businessweek article quoted above) and the possibility of patent holders to enforce their rights even after making a sale of the patented product, thus against downstream purchasers. This doctrine has been challenged by the U.S. Supreme Court decision in Quanta v. LG Electronics, 553 U.S. 617 (2008) (see here).

Two questions for you:

2) More complicated, but directly interesting for us in Europe: in a July 3, 2012 judgment (C-128/11, UsedSoft v. Oracle), the Court of Justice of the EU has radically limited the possibility to control the resale of (used) software by extending the exhaustion rule to the situations where software is licensed to the end user. Can you compare the approach in Quanta (U.S.) and UsedSoft (EU) by hightlighting the similarities and differences between the two cases and the two decisions?