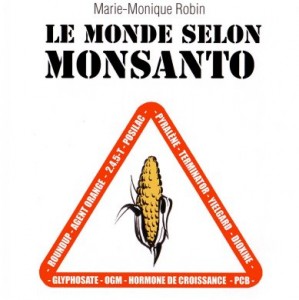 Two similar, but nevertheless quite different, cases brought before the Court of Justice of the EU and the U.S. Court of Appeal for the Federal Circuit allow to compare the scope of patent protection for genetically modified organisms on both sides of the Atlantic.

In the EU case, Monsanto v. Cefetra (C-428/08), Monsanto had first relied on the Customs Regulation to block the imports of soy meal which arguably was covered by its patent on a variety of soy plant that was resistant to the glyphosate herbicide (commercialised under the trademark “Roundup”). Monsanto has inserted the isolated genes into the DNA of a soy plant it has called RR (Roundup Ready) soybean plant. As a result, the RR soybean plant produces an enzyme which can resist the herbicide ‘Roundup’. The RR soybean is cultivated on a large scale in Argentina, where there is no patent protection for the Monsanto invention — which means that Monsanto could not derive any benefit from its invention in Argentina (see § 29). In the EU, Monsanto holds a patent on this invention. The defendant, Cefetra, imported cargoes of soy meal from Argentina. The soy meal is a dead material into which the genetic information can only be found  in a residual state. The referring court asked several questions to the CJEU, including whether there is patent infringement in case where “the product (the DNA sequence) forms part of a material imported into the European Union (soy meal) and does not perform its function at the time of the alleged infringement, but has indeed performed its function (in the soy plant) or would possibly again be able to perform its function after it has been isolated from that material and inserted into the cell of an organism”? The CJEU responded negatively, thus rejecting the possibility of an absolute patent protection.

In the U.S. case Monsanto v. Bowman (Fed. Cir., No. 2010-1068, 21 Sept. 2011), the Court of Appeal of the Federal Circuit had to rule on a similar issue raising the question of how far patent protection can go. The facts, however, were very different. Monsanto has sued an Indiana soybean farmer, Mr Bowman, who was saving some seeds harvested from a previous crop and used them again the following year. The farmer was not directly using seeds obtained from Monsanto or from its licensee (Pioneer) and thus covered by Monsanto’s patent. Instead, for its second-crop of the year, he had bought “commodity seeds” from a local grain elevator. The elevators sell commodity seeds without distinguishing those that contain the Roundup Ready seeds and those that do not (but in the U.S., most soybean seeds are RR). The Court further explains: “Because Bowman considered the second-crop to be a riskier planting, he purchased the commodity seed to avoid paying the significantly higher price for Pioneer’s Roundup Ready® seed. That same year, Bowman applied glyphosate-based herbicide to the fields in which he had planted the commodity seeds to control weeds and to determine whether the plants would exhibit glyphosate resistance. He confirmed that many of the plants were, indeed, resistant. In each subsequent year, from 2000 through 2007, Bowman treated his second-crop with glyphosate-based herbicide. Unlike his first-crop, Bowman saved the seed harvested from his second-crop for replanting additional second-crops in later years”. Because he was also planting the RR soy seed for its annual first-crop, Bownan had signed the Monsanto Technology Agreement which applies to seed varieties where the Roundup Ready genetic trait is inserted. This Technology Agreement requires the grower “to not save any crop produced from this seed for replanting, or supply saved seeds to anyone for replanting”, but allows growers to sell second-generation seed to local grain elevators as a commodity. Following Monsanto’s view, the Court of Appeal considered that the result of the self-replicating technology (the modified soy seeds) is a “newly infringing article”. Thus, even if the original seed is subject to patent exhaustion after its first sale, replanting the second generation is not. Monsanto thus won this patent infringement case.

Interestingly, both cases involve patent protection but a special IP right protects plant varieties, for instance in Europe (see here about the CJEU case C-140/10 involving the sui generis protection of an apple variety, the Kanzi apple). Plant varieties are often protected by this sui generis system, which exists at international level for half a century, under the name UPOV, the acronym for the French name of the International Union for the Protection of new Varieties of Plants. Plant varieties can however also be protected through patents, like in the U.S. In Europe, the sui generis system is used, but when the new variety is obtained through genetic modification, as in Monsanto v. Cefetra, the patent regime on biotechnological inventions harmonised by the Directive 98/44/EC of 6 July 1998 applies.

In the two cases discussed here, Monsanto initiated legal proceedings before the courts in Europe and the U.S. This company is otherwise known for being quite aggressive in pushing its own objective: to feed the whole world. “The World According to Monsanto” (originally released in French as Le monde selon Monsanto) is a documentary of Marie-Monique Robin which explains among others the influence that this company has (had) over policymakers and regulators in the U.S. Different means, including the “revolving door” (between the Food and Drug Administration and the company), have been used to increase its influence. According to Wikipedia, “the film delves into cases across the United States (including Anniston, Alabama), Canada, India, Mexico, Paraguay, the United Kingdom and France, pointing out along the way how the corporation’s collusion with governments, pressure tactics, suppression and manipulation of scientific data, and extra-legal practices aided the company’s attempts at dominating global agriculture.” It is worth to be watched — and several sites offer some sequences (see here).

But we focus here on the following legal issues:

1. The two cases deal with the limit of patent protection in the case of derivative products (either the meal coming from the seeds or the reuse of the second-generation commodity seeds). Can you explain how the patent issue is articulated in the two decisions?

2. In the U.S. Monsanto case, the ruling of the Supreme Court in Quanta v. LG Electronics, 553 U.S. 617 (2008) (see here) is discussed. What is the impact of Quanta? Is the reasoning in Quanta not valid for the Monsanto v. Bowman case?

3. Had the CJEU not ruled that patent protection does not cover the circumstances of Monsanto v. Cefetra, would it be possible to rely on the exhaustion rule in this case? Would the analysis be different if the soy meal would come from seeds sold by Monsanto or one of its licensees to EU farmers?