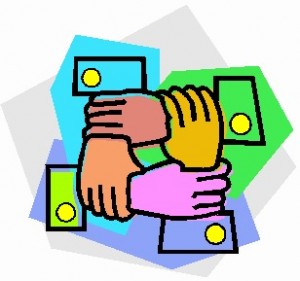 R&D cooperation across firms is often celebrated as it allows firms to better manage the R&D process by pooling risks, sharing costs, eliminating useless duplication of efforts, pooling complementary skills, or exploiting economies of scale. However, a recent publication by Bernard T. Ferrari and Jessica Goethals from McKinsey&Company advocates instead the use of rivalry to spur innovation: according to the authors,

“Productive rivalry stimulated artistic innovation during the Renaissance, and according to the director of General Electric’s Global Research Group, it also has helped his company develop better products and services.”

Where is the truth? As usual with economic phenomena, there is no clear-cut answer: the best way to spur innovation is R&D competition or cooperation depending on the circumstances. One key variable is the degree of R&D spillovers (i.e., the extent to which the R&D performed by one firm freely benefits other firms). This argument is beautifully developed in a neat and elegant way by Claude d’Aspremont and Alexis Jacquemin in their classic paper: “Cooperative and Noncooperative R&D in Duopoly with Spillovers” (American Economic Review 78: 1133-1137; quoted 1883 times according to Google Scholar consulted on November 8, 2012). The main lesson to be drawn from their analysis is the following:

The intuition behind this result goes as follows: if spillovers are large enough, the competitive advantage motivation to invest in R&D is weak, whereas the temptation to free-ride on the other firm’s effort is high; as a result, cooperation leads to larger investments in R&D, which benefits society as a whole.

Bernard T. Ferrari and Jessica Goethals nicely extend this theoretical intuition to inform managerial practice. There may be, however, other factors affecting the choice between cooperation and competition in R&D. I’d be happy to hear your views about this issue.

(Past comments on this post can be found here.)