This article is the third part of a three-piece series that discusses the incentives and the challenges for firms to engage in open IP practices.

Standards are an invisible yet inherent part of our day-to-day life.

You might not be aware of it but in this exact moment, as you are about to read this blog post, you rely on all sorts of standardized technologies. Computer, tablet, smartphone, no matter how you got here, standards were part of the equation. If you connected to the Internet wirelessly, you most certainly relied on a standardised networking technology such as the Wi-Fi or the 3G/4G. Unless you’re more of the wired type in which case you probably used the no less standardized Ethernet technology. Internet access is just one of the many features in your device that are ruled by standards. Another well-known example of standard is the Bluetooth technology, which allows you to exchange data over short distances with a wide range of devices no matter the brand.

There is good chance you remember the epic battle that went on for years between Sony supporting Blu-Ray and Toshiba backing HD-DVD to become the high definition standard format for home video. Sony eventually won this bloody chapter in the history of Information and Communications Technology (whom many recall as the format war) with a critical mass of consumers liking Blu-Ray enough to adopt it.

Well, Wi-Fi and all the other above-mentioned technologies have nothing to do with that kind of market-driven standards (i.e., de facto standards). They have not emerged from a fierce competition between rival standard candidates but were rather officially endorsed by a group of industry participants who worked together to formally elect what’s technically called a de jure standard.

Things usually do not end up very well for consumers when competitors meet to agree on how the market should work, as shown by the number of sizeable fines imposed by competition authorities all around the world to cartel members. Yet R&D cooperation, and standard setting in particular, is the exception to the rule. The joint action of potential competitors is in this case deemed acceptable as it trades off possible competition among participants for the creation of a standard, which has the potential to speed up innovation and increase output.

Because of the explosion of patenting rates and the increased complexity of a number of technological fields, the need for interoperability has been growing. Formally establishing a standard is the most straightforward way to guarantee interoperability as it enables all industry participants to build around the same technology. To give you an order of magnitude of the importance of standards, a 2010 empirical study identified 251 technical interoperability standards implemented just in a modern laptop computer.

Formal standards are usually implemented by standard-setting organizations (SSOs) such as the European Telecommunications Standards Institute or the International Telecommunication Union. Once the need for a standard has been identified, the members elect the elements that will ultimately make up the standardized technology. Knowledge underlying the standard can either already be in the public domain or can still be protected by IP rights. Regarding the second category, standard setting organizations aim at encouraging the industry to develop around a technical standard through the open licensing of the required IP rights.

Through interoperability enhancements, widely disseminated standard have the potential to highly benefit consumers and standard-setting organizations might be a significant driving force for innovation. 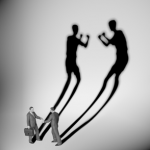 However, over the past years, standardization has been surrounded with a lot of litigation activity, mainly on two grounds. A first important policy issue is that licensees often question the validity of the patents underlying the standard. The other main cause for litigation is the fogginess surrounding standard remuneration. There is a great deal of concern that this intense litigation activity might undermine innovation. Legal disputes generate uncertainty and are costly to resolve, two good reasons for industry participants to slow down standard adoption.

In several instances, licensees have challenged the validity of certain licensed patents.

It gets complicated when you try to apply the latter point. From the moment a patent is picked up to be part of a standard, it immediately becomes critical. Patents constituting the standardized technology are indeed the only ones to allow for compliance with that given standard. There is thus a bit of chicken-and-egg problem: your patent has got to be essential to be included in the standard in the first place but once it is, there is no way around it and it becomes essential no matter what. So there is a risk that standardization might turn unimportant patents (i.e., patents which could be invented around due to the existence of alternative solutions) into standard-essential ones by making them indispensable to comply with the standard. Several litigation cases revolved around whether patents included in the standard were actually essential in the first place, others pointed the fact that while a patented technology had been critical for earlier versions of the standard, it was no longer essential for the current version.

Due to its complex and evolving nature, essentiality is very difficult to assess. However, based on discussions with experts in the field and on analysis of the outcome of court cases a study carried out for the European Commission concludes that many disclosed standard essential patents are actually not essential and that this phenomenon might actually be in the range of 50%.

Lack of transparency regarding the validity of standard essential patents is one of the barriers to efficient licensing by standard setting organizations, the other one being the controversial nature of the licensing rules in place.

How to make a FRAND living out of standards?

The bedrock principle of standard setting is that everybody must be guaranteed access to standard essential patents but the million-dollar question is: what price do we put on that standardized technology?

On the one hand, you want the reward to be big enough to boost patent owners’ R&D investment and participation in the standardization process. On the other hand, you want license fees to be small enough for the standard to spread out across the industry. 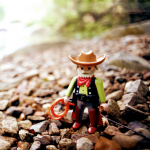 The problem is that being part of a standard provides patent owners with a lot of market power. Those patent owners might be tempted to go cowboy style by holding up defenceless licensees. The main difference between patent hold-ups and old west robberies is that you don’t have to threaten people with a firearm anymore. You rather just have to promise to grant access to your IP rights under reasonable terms before claiming abusive licensing fees.

Once a technology is established as a standard, technology users can indeed find themselves in two different positions: either they have invested to build their product upon the standard and the cost of switching to an alternative technology is very high; or they have not used the standardized technology yet but it has become very costly to produce a non-compliant good. Either way they are in a difficult position, the market is locked in and standard setting organizations’ members know it. In this context, it is very tempting for patent holders to take advantage of the situation by forcing competitors to agree to disproportionate terms they would never have accepted in the first place.

Significant imbalance in terms of market power, an undesirable side effect of the standard setting process, paves the way to anti-competitive behaviour. To alleviate these concerns, most SSO require their members to stick to a particular commitment: the licensing of IP rights under Fair, Reasonable and Non-Discriminatory (FRAND) terms [while FRAND largely predominates in Europe, it is usually restricted to RAND in the USA].

The FRAND commitment is a great theoretical idea but it is completely blurred and non-practicable on the ground. FRAND is an ambiguous concept that is made up of normative ingredients whose interpretation

is likely to vary across individuals (depending on their personal convictions or on their position in a given situation). And while most SSO rely on FRAND licensing, there exists no operational definition of that concept and this lack of clarity has given rise to a lot of costly legal disputes, ultimately discouraging the adoption of standards.

Economists have offered all sorts of definitions to FRAND, some easier to put into practice than others (for an overview you can check this blog post which summarizes recent studies by leading economists). Several judges have ruled on the proper method to estimate FRAND royalties. Anne Layne-Farrar (vice president in the antitrust and competition economics practice of Charles River Associates) and Koren W. Wong-Ervin (Counsel for Intellectual Property and International Antitrust in the Office of International Affairs at the Federal Trade Commission) discuss the different U.S. court decisions which, while characterised by a number of differences, exhibit several common principles. They conclude in the following way: “[…] it strikes us that the courts are off to a reasonably good start in terms of establishing solid methods and approaches for determining FRAND rates and damages.” As regards industry participants, Romesh Vaitilingam stated in a blogpost on Techpolicy that “most of the firms have been on both sides of the table – as both defendants and claimants in disputes about intellectual property rights (IPR). This suggests that, ultimately, they should all have an interest in finding the solution that is best for society, given that they are not always on the same side of the issue.”

Although unpleasant, litigation is most certainly a necessary evil to confer practical meaning to standard setting organizations’ ambiguous rules. No consensus has yet emerged but these issues currently receive loads of attention and the resulting economic and legal recommendations lay the foundations for industry bodies to work out effective solutions.