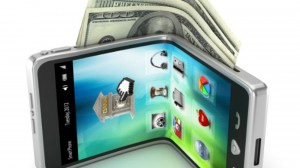 In our previous post, we explained that non-banks (Google, Apple, start-up companies) compete with banks to offer retail services, but that entry costs are high. What are the strategies used by entrants to overcome barriers to entry? These strategies differ for start-up companies and for large retailers or Internet giants.

When the new companies are start-ups, they may decide to rely on pre-existing infrastructures and to build a vertical relationship with incumbent banks (e.g, offer payment services that rely on a bank account or an existing payment instrument). There are many examples of successful vertical relations between banks and entrants, such as the case of the partnership between LevelUp, launched in 2011 as a mobile payment start-up, and Bank of America. This “partial integration” solution occurs firstly because the start-up may decide to target banks’ existing customer base by providing additional complementary services. Secondly, it may decide to serve a niche market that is not served by banks, such as unbanked customers. This allows the entrant to reduce the risks of failing to reach the critical mass of users and therefore to become profitable. Furthermore, as mentioned in our previous post, because of switching costs, entrants can profitably win new customers, such as unbanked population or young consumers who have a taste for technology because banks have an incentive to extract surplus from their existing customer base. However, in the “partial integration solution”, the entrant firm becomes more vulnerable to the terms of the access contract. In particular, incumbent banks can decide to foreclose access to their infrastructure in order to restrict competition on downstream markets.

Another question about entry of start-up companies in retail banking concerns the efficient level of entry. Regulators face the same kind of trade-off in the retail banking industry as in the telecommunication industry between service-based and facility-based competition (see Bourreau et al. 2010). If regulators force incumbent banks to open their infrastructure to entrants, they run the risk of destroying entrants’ incentives to build an alternative infrastructure. Conversely, if they do not incentivize entrance, competition will be harmed in the first place.

When entrant firms are Internet platforms (e.g. Google), large online merchants (e.g., Amazon, Apple) or retailers that already rely on a large physical distribution network (e.g., Starbucks, Walmart), they often extract consumer surplus by bundling their products and payment services. This bundling strategy is useful to expand their customer base through reward programs. Furthermore, offering payment services enables merchants to acquire information on their customers, which is used to do targeted or informative advertising through payment apps.

Bundling of payments and other services is often observed in online shopping. Because of network effects, online retailers may have incentives to strategically bundle their core product or service to the payment transaction. This practice is common also in the case of brick and mortar retailers. Indeed, several retailers that own a large physical distribution network have started to offer stored-value cards and prepaid products to their customers (e.g., Starbucks, Walmart, Abercrombie & Fitch Stores). Such cards are used to offer consumers rewards and to economize on the cost of the fees charged by banks to accept payment transactions. In this case, bundling can be a way to price-discriminate between heterogeneous consumers (see Adams and Yellen, 1976 or Schmalensee, 1984).

Internet giants or large retailers have the ability to deal with large amounts of data and therefore, they are able to perform some of the activities traditionally offered by banks for retail payments. Moreover, the development of the Internet has also lowered the costs of entering the market for loans. Indeed, there has been also a great development of peer-to-peer lending platforms that offer loans on a niche market, such as Prosper or Lending Club in the USA. These platforms match lenders and borrowers and set the interest rate to be paid by the borrower on the basis of his credit history and on the credit amount asked. Lenders are matched to borrowers by the platform, but can choose independently to diversify their risk by having more than one borrower in their portfolio. Of course, lenders are exposed to the risk of a platform’s bankruptcy, and their investment is not protected by any governmental guarantee.

Finally, the very last option for new entrants is to enter the market as a bank. Some regulators, such as the Financial Service Authority and the Prudential Regulation Authority in the United Kingdom, have recently lowered the capital requirements for new firms that enter the market with a banking license. A first strategic choice that they incur is the degree of differentiation with respect to existing banks. An entrant firm can choose to compete with existing banks in a horizontal dimension. For example, METRO Bank decided to establish itself in the United Kingdom and to open bank branches. It outsourced its IT system to a Swiss Banking system provider to lower its entry cost. However, this new bank did not manage to capture a significant share of the market and to reach profitability.

Another possibility for entrants is to compete with existing banks by offering vertically differentiated products. An issue that arises is how to measure the quality of service in the banking industry. Several authors argue that vertical differentiation between banks is due to reputation and network effects. For example, depositors exhibit a higher willingness to pay for banks with a larger ATM network (Knittel and Stango, 2004 ). However, the empirical evidence that investing in a branch network increases banks’ reputation on the loan market is mixed (Kim, Kristiansen and Vale, 2004 ). While reputation can be a barrier to entry for financial intermediaries (see Jeon and Lovo, 2011), entrants may differentiate themselves from banks by offering a better technology. When consumers have heterogeneous tastes for technology, entrants can successfully enter by selling high quality services to consumers who have a high valuation for online banking services, a strategy that was used by Fidor Bank, which obtained a banking license from the German regulator.

To conclude, entrants trade off between competing with banks or competing with other entrants that have the same regulatory status and have to focus on a differentiation strategy to enter the market. In our next post, we examine how banks can react to such entry threats.