This post is the third of a series of three posts written by Julien Jacqmin. Julien Jacqmin is a PhD student in Economics from the Economics School of Louvain, and is affiliated with the CEREC/Université Saint-Louis – Brussels. Julien’s dissertation is on the economics of education/science and on higher education policy. As an expert on these questions, he is well equipped to analyze the ins and outs of MOOCs. The first post gives a broad introduction to MOOCs; the second post examines five various business models that could sustain the development of MOOCs. 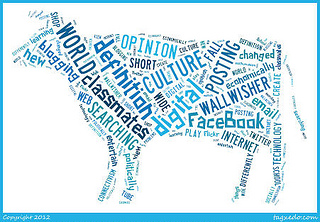 Image by Flickr user willaryerson and used under the Creative Commons license.

In the previous posts (here and here), we mainly looked at MOOCs from the perspective of their providers. What about the students’ point of view? What makes MOOCs so attractive to them? Well, the most obvious answer is their cost. First, it is free to access them and, second, students don’t have to make any effort to reach the classroom, as it comes to them!

If you think a little bit, most of these aspects where already available since Gutenberg or, at least, the first public library. No, the main innovation brought to distance learning by MOOCs where possible thanks to the web 2.0 technologies. They allow people to interact cooperatively together on the web, and learn from these interactions! So far, these peer reviewed and collaborative efforts are mainly done via Internet forums and chat sessions.

How effective these tools are at improving each student’s learning outcome is still an unknown. To my knowledge, it is too early to say and no comprehensive qualitative and quantitative studies have been done. Based on my own experience with MOOCs, one concern is about the way people cooperate in their crowd sourced interactions. Changes in the mentality of students might take some years. As argued by Algan et al (2013), it will in large part depend on the previous teaching practices followed by the students while at school, and especially whether they have been used to work in group at a young age. Future technological breakthroughs might also facilitate this cross-learning.

Another pedagogical advantage of MOOCs is to be, to some extent at least, adaptable to the student level. This student-centered approach can play a key role especially for remedial or introductory classes, which aim at leveling up the students academic level to a certain threshold. Thanks to artificial intelligence, computer programs can now be developed such that students can go further in the material being studied only under certain conditions, like for a video game. For example, the student will only have access to the material of the next class if he was able to show that he has attained some minimal level of understanding, as measured by quizzes for example. This possibility to give directly feedbacks to students about their progress was in large part impossible due to the massification of higher education. Technological evolutions might allow to reverse this curse.  However, this technology might only be adequate for some type of classes where the content is highly cumulative in nature.

A final aspect that could help the advent of the MOOCs is not directly dependent on them but rather depends on its users. A colleague of mine, who is both a social psychologist and a higher education pedagogue, was telling me about a conference where he was going to and that dealt with the specific learning traits of the youth of today. The main conclusions were that, compared with let’s say twenty years ago, students are really good at multitasking but have a hard time concentrating for a long period on the same thing. This could bring a comparative advantage to MOOCs unless the pedagogical approach followed in the traditional higher education sector decides to adapt itself to this new phenomenon. However, note that I wouldn’t go as far as saying that Darwinian forces will push the emergence of MOOCs! 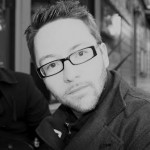 I believe that neither the educational technology nor the business model of MOOCs are ready to make it the next big thing that people talk about in the higher education sector. New pedagogical technologies will need to be developed to compensate for the lack of university experience, you know, drinking beers in a park with your friends and re-building together a new world from scratch. Well, so far, they cannot be replicated online and it will probably never be so. However, I am convinced that MOOCs can bring something else which is not there yet but will surely soon arise. Next to this, a sustainable economic model will be needed. Users will also need to get used to this new teaching approach and learn how to take advantage of it. As discussed in my previous blog entry, this is certainly not going to be a sinecure.

In the light of this discussion, what should universities now do? Here again, caution is needed. I think that, unless if they sit on a close to never ending pot of gold, they should rather invest millions in improving what they are now doing. This is too risky an investment, especially for most European universities, which are under budgetary pressure due to the European public finance crisis and the difficulty/impossibility to receive funding from private sources. Improving success rates and adapting classes to increasing their learning outcomes are more urgent matters. But this doesn’t mean that they shouldn’t keep an eye on what’s going in the MOOC arena, as new technologies could soon arise and in fine change the way the higher education system work. In that respect, the partnership that UCL just concluded with edX looks like a wise move. As to whether this is the beginning of a new era, time only will tell!