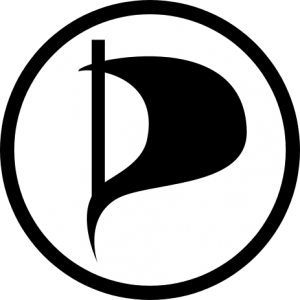 Over the last years, the Pirate Parties, in several European countries, have presented candidates at national or local elections and they even got some seats in various parliaments. At the September 2009 general election in Germany, the local Pirate Party – Die Piratenpartei –  secured a respectable 2% of all votes. At the 2011 local election for Berlin, the German Pirate Party won 14 out of the 130 seats available. Will the pirates reach the magic threshold of 5% at the 2013 general election in Germany so as to be represented in the German parliament (Bundestag)? We will see. At least, we have a pirate Member of the European Parliament since the 2009 election, when the Swedish Pirate Party won more than 7% of the votes.

What is interesting for us is that those political parties have a program which puts intellectual property issues at the core. As summarized on Wikipedia, the Pirate Party is:

“a label adopted by political parties in different countries. Pirate Parties support civil rights, direct democracy and participation, reform of copyright and patent law, free sharing of knowledge (Open Content), data privacy, transparency, freedom of information, free education, universal healthcare and a clear separation between church and state. They advocate network neutrality and universal, unrestricted access to the Internet as indispensable conditions to some of this”

Can you summarize the view of the Pirate Parties on copyright and patent? What do those Parties advocate? Do you think their program has some merit? Do you expect them to be able to implement their IP program? Or are they already moving things by defining part of the political agenda in certain fora?

Thanks for sharing your thoughts. Do not be shy!