Imagine you moved from Denmark to Malaysia and you want to subscribe to Spotify Premium from your new home. Being new to the country, you do the math of converting the currency from Malaysian Ringgits back to Danish Crowns to understand what you will have to pay. Getting the math right, the $18.42 you were used to as a monthly fee from home differ from the $4.61 charged in Malaysia (Singers, 2014). How can that happen? 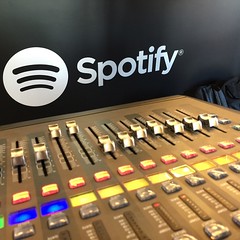 Matias Singers who moved from Denmark to Malaysia had a similar experience. Noticing a large price difference inspired him to create a so called “Spotify International Pricing Index” in honour of the famous “Big Mac Index”. Indeed, the price for a subscription to Spotify Premium varies substantially across the world. In 2014, it ranged from $2.93 on the Philippines to $18.42 in Denmark (Singers, 2014). Considering this large price spread, it should not come as a surprise that many consumers noticed it and that some consumers found it “unfair” (as some comments on Spotify’s online forum suggest).

In this post, we want to understand the economic rationale behind Spotify’s pricing policy. After a brief description of Spotify’s cost side, we explain how Spotify generates revenues by using various differential pricing strategies. Finally, we examine how these pricing strategies affect Spotify users.

Spotify as the Robin Hood of the music industry?

Spotify was launched in Sweden in 2008 as a music streaming service amid a difficult time for the music industry. Since the turn of the millennial, digitization and, allegedly, music piracy lead to declining sales in the music industry for over a decade (The Economist, 2016). Initially, also Spotify was accused of hurting creatives in the music industry, as part of its business strategy is to propose “free” subscriptions (see below). However, in contrast with sites offering pirated material, Spotify paid—and still pays—royalties to the music labels, which in turn pass some of the proceeds on to the musicians. According to David Israelite of the National Music Publishers Association each stream earns a fraction of a cent for the artist (The Economist, 2019). But adding earnings up over many streams by 271 million active users each month gives a beefy number. Since its launch back in 2008, Spotify has paid out over 15 billion Euros of royalties (Spotify, 2020); many industry experts claim that Spotify actually helped the music industry survive (Shaw, 2018). 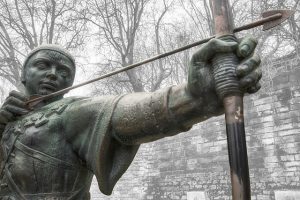 How does Spotify earn the money that it, at least partly, passes on? To optimize its revenues, Spotify charges different prices to different users for its services. This practice—known as differential pricing—requires, on the part of the seller, some knowledge of what different groups of consumers are willing to pay for the service. The idea, of course, is to charge a larger price to those users who are willing to pay more.

The question, then, is how well does Spotify know its potential consumers? The term ‘potential’ is important here. For sure, Spotify knows quite well its actual consumers. The company can indeed monitor the activity of its users in a very detailed way. By collecting and processing these vast amounts of data, Spotify is able to drive its users to listen to more music. As Gershgorn (2019) puts it, “[t]he company has created algorithms to govern everything from your personal best home screen to curated playlists like Discover Weekly, and continues to experiment with new ways to understand music, and why people listen to one song or genre over another.” (In a previous post on this blog, we explain how reviews, ratings, and recommendations are central for digital platforms.)

Yet, Spotify knows much less about the consumers and their willingness to pay before they join the platform. To remedy this problem, the company employs two strategies. First, it uses a freemium model—a specific form of ‘versioning’—to induce consumers to reveal if they are willing to pay any money at all to use the platform. Second, it segments the consumers who are willing to pay a positive price into distinct groups and charges different prices to each of these groups; the country-specific prices described above correspond to this practice of ‘group pricing’. We now describe these two strategies.

A Freemium offer as a self-selection device

In most countries, Spotify offers two basic plans for consumers to choose from. Penny pinchers can go for an advertising-based free subscription, called “Spotify free”. This version, however, comes not only with the annoyance of getting ads in between the songs, but also with limited app functionality and limited audio quality. Users can obtain higher quality by signing up to a fee-based “Spotify premium” account.

This freemium strategy (freemium being a portmanteau combining ‘free’ and ‘premium’) is a form of versioning, as consumers essentially choose from different versions of a streaming experience offered at different prices. For a given set of content, the royalty rate does not differ according to whether streaming is part of Spotify Free or Spotify Premium. While premium users are likely to engage in more streaming, differences in per-user costs are unlikely to fully explain the differences in revenues per user. Instead, the different versions are offered as self-selection devices such that users interested in high quality streaming opt for the premium version, whereas occasional and less quality-sensitive users take the basic version at zero monetary cost.

Importantly, Spotify only needs little information about its potential consumers to implement this strategy. All it needs to figure out is the dimensions of the service that some consumers are willing to pay more for than others. The next steps consist in designing different versions along these dimensions and letting consumers pick the version that best suits their taste, thereby revealing their preferences. Music lovers are unlikely to accept their favourite album being interrupted by a blunt ad for groceries, and thus choose a premium subscription. Spotify additionally “damages” the free version by withholding some features to push consumers into the Premium version. 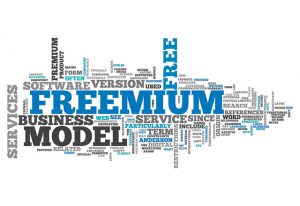 To summarize, Spotify induces subscribers to self-select by how much they are willing to pay for the streaming service. In determining its optimal pricing policy, Spotify may also take into account network effects: Users of the “free version” are not only valuable because of the advertising bucks they generate, but possibly also because of additional data they generate. To the extent that these data allow Spotify to make better recommendations to all users (and, in particular, the subscribers of the Premium version), this gives Spotify an additional incentive to sign up many users on the free version.

For the previous tactic to work fine (that is, to make sure that high-end consumers do not content themselves with the free version), the price of the premium version must be carefully chosen. This is where group pricing comes in. By relying on easily observable (and verifiable) characteristics that are correlated to the willingness-to-pay, Spotify can segment consumers into distinct groups and charge a higher price to those groups who are willing to pay more for music. Among these characteristics, one finds the user’s country of residence, the age, and the family status.

As noted above, the fees for premium accounts vary significantly from country to country. These differences are evidence of group pricing if the prices are adapted to different demand conditions and not just to different costs conditions. Is this so? Let us look at potential sources of differences in marginal costs across countries. First, marginal cost differences can arise owing to different royalty rates across space and artists. As Ovide (2018) reports, royalties per stream depend on the country of the recipient and the artist. Second, the content that is available with a subscription varies somewhat from country to country and, thus, can lead to different average royalty rates. Third, the revenue contribution of a subscriber of the free version may differ across countries (the ad revenue per user is likely to be higher in high-income than in low-income countries); the lost revenue from converting a consumer using the “free” version to the premium version differs thus, which affects the optimal premium price. However, following Waldfogel (2020), it is reasonable to assume that these differences in marginal costs remain relatively small and hence, cannot explain fully the differences in Spotify’s prices.

Thus, group pricing it is and the rationale behind this practice is intuitive. If it were selling contracts to all consumers around the globe at the same price, Spotify would either lose many consumers in markets with many price-sensitive consumers when charging too high a price or offer its library too cheaply in higher-income countries.

By the same logic, Spotify charges a lower price to students and to families (by letting related users access the service through a unique account). The student discount is justified by the larger price-sensitivity of students. As for the family plan, it follows the logic described above: Spotify is willing to use lower tariffs to increase traffic on the platform, as traffic rhymes with data and data are precious to improve the service.

Arbitrage is the archenemy of differential pricing. It can be of two forms. First, personal arbitrage occurs when consumers pretend to be somebody else to benefit from a lower price than the one they would have to pay otherwise. As far as versioning is concerned, personal arbitrage is taken care of by designing the price structure correctly. In particular, if the premium version is too expensive, the majority of consumers will stay with the free version, implying that the self-selection mechanism does not wok properly. To encourage consumers to switch to the Premium version, Spotify started, in May 2020, to offer a free trial period, a marketing practice common to sell subscription-based services.

In the case of group pricing, personal arbitrage can occur if users pretend to belong to groups benefiting of lower prices. For instance, consumers in more expensive countries could in theory use a VPN to sneak around the geographic price discrimination. Yet, as Snow (2019) reports, most people find it too cumbersome to do so or are not even aware of that possibility. Consumers could also pretend to be students, but this form of misreporting is limited by the fact that only people subscribing from an educational email address are eligible to student discounts.

Finally, users may also be tempted to abuse the family subscription option; to prevent this, Spotify updated its terms and conditions in August 2019 by announcing that it could ask members of family plans to prove that they are all living at the same address.

Who wins and who loses?

At the end of the day, some consumers are likely to benefit from Spotify’s group pricing and versioning, while others are likely to be better off without such differential pricing strategies. In a recent study, Joel Waldfogel finds that overall geographic price discrimination benefits Spotify’s subscribers in low-income countries while harming those in higher-income countries (Waldfogel, 2020).

The overall benefit to Spotify is currently hard to assess. While Spotify managed to grow an impressive user base and brand name over the last years, it is still losing money. Taking a long-term perspective, attracting more subscribers through low prices may well be profit-maximizing; the market valuation of Spotify suggests that many investors believe this to be true. Spotify may also further monetize on the vast amounts of user data it is collecting, for instance, by targeting advertising with its free offer. It also charges artists for promoting their music through playlists. Thus, playing with the consumers is just part of Spotify’s larger game. 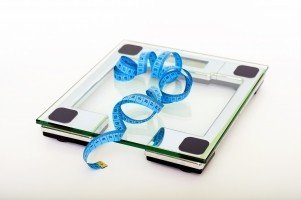 This, in the end, might not just allow Spotify to be profitable, but also change the very music it plays: already now, the rules of streaming made the intros of songs become shorter than in the old days of “Joshua Tree” (The Economist, 2019). Thus, it is not just about whether the price for music streaming is right, but that with the advance of music streaming, the rules of the game in the music industry are changing.