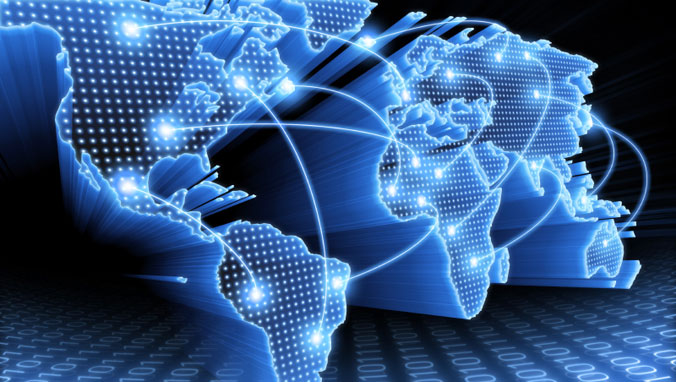 The access of developing countries to vital resources is not an easy problem as it is clear, nowadays, that more than having access to goods, what is important, is to have access to the technology behind the goods themselves. Let us take the well-known example of the sale of infant feeding formula to developing countries in order to reduce malnutrition in these regions that took place in the early 1970s. This example illustrates the issue at hand as after the sale of infant feeding formula took place, it rapidly became apparent that the developing countries recipient of the product did not have the required technology to sterilize teats or bottles, threatening the health of children, ultimately arguably doing more harm than good. This example illustrates how more than having access to critical goods, developing countries need to be able to use or manufacture these goods by having access to the required technology, for example through a foreign investment. However, profit-oriented businesses have little or no incentive to invest in countries where their technology would be at the mercy of the host state. This is the dilemma that, hand in hand, international investment law and intellectual property law face and that is briefly explained below.

Developing countries are in dire need of technology to enhance their economic growth and to improve their current living standards. The lack of technology is indeed one of the major causes of the inability of developing countries to provide health services or provide for the basic needs of their population, such as food and access to medicine. Providing developing countries with the tools to answer these needs can be done through technology transfers that can be defined as “the attempt to fill the gap between countries in current technology (both hardware and production methods) or the ability to discover and innovate” [1].

Most of today’s technology can be found in developed countries, or “technologically advanced countries”. It is thus necessary to organise a transfer of technology from developed countries to developing countries and that is precisely when intellectual property (IP) law and international investment law come to play. The most desirable way to allow developing countries to provide for their population would of course be for them to develop the necessary technology on their own so they can adapt it to their specific needs but also avoid the payment of royalties and dependence on developed countries. In practice this is not always feasible, however, whether because of insufficient money to actually develop the technology or because of the lack of access to the tools necessary to develop these technologies, including knowledge and resources (being able to develop highly specific technologies often requires highly specific training, machinery, laboratories, etc.). Alternatively, however, developing countries can rely on technology transfers that present several advantages: importing technology involves the establishment of infrastructure, the migration of trained specialists to these regions and the training personnel able to manipulate the technology at issue. Another argument in favour of technology transfer is the fact that trying to develop a technology that already exists elsewhere is essentially an unnecessary duplication of effort.

In addition, corporations owning IP and active in technological sectors see many advantages in foreign investments as a means of conducting operations abroad as it allows them to discover and create new markets in developing countries that often hold raw materials but also to take advantage of cheap and skilled labour or to bypass prohibitive barriers and import restrictions. In order to do so, however, transnational corporations (TNCs) willing to transfer technology via FDI need guarantees that their IP will be protected, which highlights the need for international investment law, composed of a web of bilateral and multilateral treaties, to protect those assets. TNCs are indeed primarily profit-oriented and the risk of creating unwanted competition in the host country of the investment acts as a strong disincentive to transferring technologies if the technology will not be secure.

In order to achieve a balance between the protection of the investor’s IP and the need for developing countries to acquire and benefit from the technology, besides the national IP regime (inadequate intellectual property regimes protecting intangible properties is an important disincentive for investors), international investment law has an important role to play. In the field of international investment law, issues with respect to transfers of technology mainly gravitate around the prohibition of performance requirements clauses that are found in most international investment agreements (IIAs) and other trade agreements such as the TRIMs Agreement in the World Trade Organization (WTO). More precisely, the question of transfers of technology is concretized by the controversies surrounding the imposition by developing countries of mandatory transfers of technology on investors.

The general prohibition of performance requirements, in the context of international investment law, “relates to the prohibition against the imposition on foreign investors of various constraints such as a level of production or export, restrictions on sales or purchases, mandatory transfer of technology etc.” [2]. The complexity surrounding the issue of performance requirement lies in the fact that while on the one hand, they are considered to have an impeding effect on the efficient allocation of resources and to act as a disincentive for foreign investors, on the other hand, they are often considered essential to achieving development objectives.

While several arguments have been advanced both in favour and against the prohibition of performance requirements, the current state of affairs is characterized by a general prohibition of them in the field of international investment law but also more generally in international trade law.

One of the most interesting arguments in favour of the prohibition of performance requirements is that while such requirements intend to give access to developing countries to technology (amongst other), in the long term, establishing such a transfer on a compulsory basis would actually lead to deter investors from undertaking investments in technology intensive sectors to avoid seeing their valuable technology being taken away.

In conclusion, even if it might appear contradictory at first sight, the best way to encourage the dissemination and transfer of technology is to provide for strong protections of it so that investors have incentives to invest in technology-intensive sectors, undertake R&D activities and lead to technological advancement, which has been described as the “primary catalyst towards significant economic development” [3].