IPdigIT continues its series of posts on net neutrality (see here and here) by republishing a Policy Brief of the Liège Competition and Innovation Institute (LCII), written by Axel Gautier and Sébastien Broos. 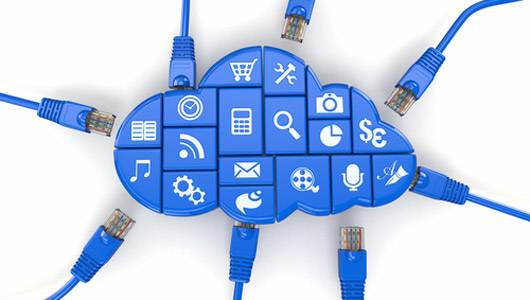 The net neutrality debate is at its peak. On January 27, the Dutch Authority for Competition and Markets (DACM) fined KPN and Vodafone for the first violation of the Dutch net neutrality law ever. On February 26, the Federal Communications Commission (FCC) approved new regulations for broadband internet, preserving the net neutrality. In brief, the net neutrality proponents seem to be winning the debate. In a recent economic paper, Sébastien Broos and Axel Gautier analyze whether this toughened stance of regulatory authorities is the best way forward.

They focus specifically on the two types of infringements that have been fined by the DACM. Firstly, the exclusion by Internet Service Providers (ISPs) of applications competing with their own bundle of products, a typical example being VoIP applications. These apps are what economists call competing one-way essential complements. One-way essential complements are couples of goods (internet and the app), one (the internet) being essential for the other (the app) to work while the second (the app) adds value to the first. KPN was fined for banning VoIP applications from its Wifi hotspot network. The second focus is price discrimination between app users and non-app users. Vodafone was fined by the DACM for offering some apps and the associated content for free, thereby making de facto the price of internet services different according to usage. For instance, other ISPs like Yoigo in Spain ask for a price surcharge for using VoIP applications on their mobile network.

To answer this question, Broos and Gautier develop a model with three goods: the internet, the phone and a VoIP app (thereafter “the app”), with the phone and the app being differentiated products. The phone works on its own but the app needs the internet to function. The internet and the app are thus one-way essential complements.

They consider first a monopoly ISP selling the internet and the phone. App exclusion creates two competing effects. First, there is a business stealing effect, the app steals revenue from the phone business of the ISP because some consumers switch from the phone to the app. Secondly, there is a complementarity effect, the app creates value for internet users who are then ready to pay more for the internet when applications are available. Broos and Gautier show that by appropriately rebalancing the price of the phone and the internet services, the complementarity effect more than compensates the business stealing effect. For that, the ISP should raise the price of the essential good (the internet) to extract the extra surplus consumers obtain by using the app. For the ISP, it is therefore not profitable to exclude the app. More than that, profits can be increased by asking consumers for a surcharge to enable access to the app. Perhaps more surprisingly, the firms’ and consumers’ interests are aligned: imposing net neutrality, that is forcing ISPs to stop the surcharges, decreases both profits and consumer surplus.

They consider next competing ISPs. Competition between ISPs drives down prices and profits on the internet and the phone markets. Therefore, the business stealing effect of the app is much less important. But, the complementarity effect remains. The paper shows that full exclusion of the app by all ISPs is never an issue. Should one ISP exclude the app, the other will offer it to benefit from the complementarity effect. However, there exists an equilibrium in which the internet is fragmented (see here), meaning that the app is made available only at one ISP. Partial exclusion of the app thus becomes an issue when ISPs compete. (The paper shows that it is the only issue if ISPs are asymmetric in their product offer.) When the internet is fragmented, the ISP offering the app benefits from the complementarity effect only if it can price discriminate and ask a surcharge for using the app. Finally, Broos and Gautier show that prohibiting exclusion and price discrimination i.e. implementing net neutrality, acts as a competition intensifier leading to lower prices. This benefits consumers but not always welfare.

The paper shows that net neutrality rules are not useful when there is no competition between ISPs. With competition, a likely outcome of a non- neutral internet is a fragmented internet where all the apps are not made available everywhere. Competing ISPs have incentives to differentiate themselves by offering exclusive content on their network. The welfare impact of a fragmented internet is not always clear-cut and it certainly depends on the degree of competition between app providers, an issue that is not yet considered in the paper of Broos and Gautier. The net neutrality debate is still going on.