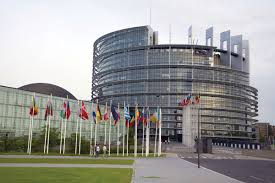 There are clearly some pressure on the European legislator to modernize the copyright framework. I have posted here a letter signed by several academics who are members of the European Copyright Society. One of the regular contributors to The IPKat, Eleonora Rosati,  has prepared an analysis of a recent draft report proposed by the new MEP Julia Reda (Pirate Party) for The IPKat. The text of Eleonora who is also part of the team behind IPdigIT is reproduced below. It is interesting to look at the issues listed and the suggestions made in this draft report. Less clear that much of it will serve as a basis for the future debates.

As copyright-oriented folks will be aware of, this year promises to be an interesting one at the EU level. Not only because of the ever-active Court of Justice of the European Union (CJEU) [see here and here so far], but also because the new Commission intends to table proposals to reform the current acquis. Indeed a few days ago Günther Oettinger, EU Commissioner for Digital Economy and Society, once again made clear (once again, on Twitter), that having “modern copyright rules” is one of the key goals for 2015.

What “modern” means is still not so clear, nor is [but see here] what legal instruments will be adopted – a directive? soft law instruments like recommendations or a White Paper?

In all this, also the European Parliament intends to contribute to the debate and likely reform action. To this end it appointed Pirate Party MEP, Julia Reda, to produce a report on the implementation on the InfoSoc Directive. The final version of this report will be subject to a vote in the Legal Affairs Committee on 16 April 2015 first, and then the entire Parliament on 20 May 2015.

Ms Reda’s report, which acknowledges the responses to the recent Public Consultation [here and here], addresses issues pertaining to both exclusive rights and related exceptions and limitations, and does so by proposing significant changes to the current legislative landscape.

One notes that, if nothing else, following years of vague statements and blunt official documents, it is kind of refreshing to see that what is proposed sounds major. But will it be also feasible? And, in the first place, do we actually need it?

Copyright and freedom of expression

The first interesting thing  is the stress that the report places [recitals C to E] on the human rights dimension of the legal framework on copyright and related rights. Copyright is protected under Article 17(2) of the Charter of Fundamental Rights of the European Union, but the same Charter also protects freedom of expression within Article 11. The interplay between such fundamental rights has already been at the centre of judicial analysis, at the levels of both the CJEU [let’s just think of the recent decisions in Luksan, here, and Telekabel, here] and the European Court of Human Rights [the latter with regard to the European Convention on Human Rights: see for instance, the Ashby Donald, here, and Pirate Bay, here, cases].

Any reform of the acquis will have to address the relationship between these concurrent – not necessarily competing  – rights, also because something has happened following the adoption of the InfoSoc Directive in 2001: in 2007 the Lisbon Reform Treaty placed in fact the Charter on the same hierarchical level of the Treaties.

With regard to this issue, there are three recommendations that probably stand out.

The first [at 3] is for the Commission to consider the role that contract law plays in defining the actual relationship between different categories of righholders. In this respect, the draft report “calls for improvements to the contractual position of authors and performers in relation to other rightholders and intermediaries” [the so called fair remuneration issue]. Also the previous Commission had started looking into this issue, notably in the leaked draft Impact Assessment [here]. It will be interesting to see if there is any follow-up to this within the current Commission’s term of office.

The second [at 4] was also mentioned in the draft Impact Assessment and has recently found the active support of the European Copyright Society. It is full harmonisation of copyright, by using Article 118 of the Treaty on the Functioning of the European Union as the legal basis for the adoption of an EU copyright regulation. This would be “in compliance with the Commission’s objective of better regulation, as a legal means to remedy the lack of harmonisation resulting from [the InfoSoc] Directive.”

Finally, the draft report proposes to reduce the term of protection from 70 to 50 years after the death of the author, in compliance with Article 7 of the Berne Convention.  However this proposal would probably not go too far, also considering that the current trend at the level of free trade agreements (FTA), eg the still mysterious Trans-Pacific Partnership or – outside of an EU context – the FTA between US and South Korea, appears to be to set firmly the duration of copyright at (to say the least) life+70.

With regard to this topic, the draft report “views with concern the increasing impact of differences among Member States in the implementation of exceptions” [at 10]. While this is what has actually happened in practice on account of an alleged flexibility of Article 5 of the InfoSoc Directive, probably this is not what the directive actually allowed Member States to do, as the CJEU has made clear in a number of recent judgments, including ACI Adam [here] and Deckmyn [here and here; on the topic of (in)flexibilities under EU copyright, you can take a look at these articles here and here].

In addition, the draft report proposes two major changes to the current structure of Article 5 of the InfoSoc Directive, ie:

·        To make it mandatory for Member States to implement all exceptions and limitations listed there into their own national regimes. This would “allow equal access to cultural diversity across borders within the internal market and to improve legal security” [at 11];

·        To adopt an “open norm introducing flexibility in the interpretation of exceptions and limitations in certain special cases that do not conflict with the normal exploitation of the work and do not unreasonably prejudice the legitimate interests of the author or rightholder” [at 13; this bit of the draft report may require some clarification, though  it is mandating upon Member States the introduction of the language of the three-step test into their own national laws, so to have an EU-style fair use doctrine in a fashion similar to what was proposed here].

Other proposals relate to:

·        Freedom of panorama [at 16; on the lack of such freedom under some national laws much has been written: see for instance here and here];

What will happen now is explained here: amendments to the report can be proposed until 17 February, and will then be discussed on 23 and 24 February in the Legal Affairs Committee.