This is the second post of a series on Media Ecosystems. The first post draws the outline of the series.

Advertising as a complementary good

Since George Stigler’s paper on information costs (1961), the issue of advertising is widely discussed among economists. For many of them, advertising is a means to reduce consumer’s transaction costs and therefore, to increase demand by decreasing the real price of the product. However, as many advertisements do not provide objective information, some economists see them also as a means to change consumer’s preferences about the product. Therefore a distinction is made between informative and persuasive advertisement: informative ads are perceived as socially useful because they cut transaction costs, while persuasive ads generate artificial, if not lousy, needs (Dixit and Norman, 1978). This approach raises two issues: first, it is nearly impossible to separate informative from persuasive advertising as most messages carry the two aspects; second, from a theoretical point of view, if the consumer has free will, his or her preferences cannot be manipulated by third parties (Stigler and Becker, 1977). 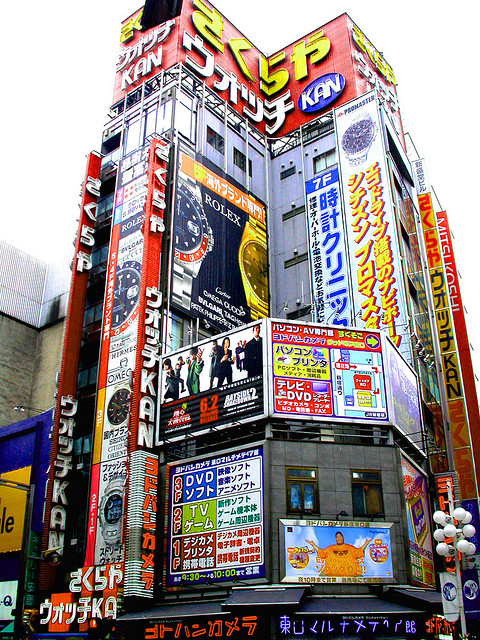 This is why Becker and Murphy (B&M, 1993) uphold that advertising should be seen as a complementary good being positively or negatively valued by the consumer. Advertising is then an informational complement, comparable to a quality surplus or deficit, that helps to better discriminate among consumers: consumers who value more advertising will get more of it attached to the product while others will buy the product according to their valuation of its plain utility. Since the meaning associated with information can have a social value, the information complement may carry network effects increasing the utility of the good with the number of consumers. Such analysis of a meaning value brought by advertising to the product is both in line with the free will consumer hypothesis, and with the change in product utility that publicity can bring.

In their approach, B&M define advertising as giving a “favorable notice” to the good advertised so that an increase in ads raises the marginal utility of this good. They underline that such “notice” can either be paid by the advertiser and given away to the consumer, or sold to him or her through various media channels.

For example sports columns in newspapers provide plenty of notice about local professional teams, even though sports sections are not free to readers, and team owners do not pay for the columns.” (p.946).

Such notice generate additional audience to sporting events, whatever their distribution channel.

Marketers commonly distinguish three kinds of channels: paid media that is used for traditional advertising (TV, radio, Press, etc.); owned media, that is the information delivered by the product itself, by an integrated distributor, by an owned website and all the channels related to it; earned media that is the information published by reviewers or consumers, more and more through social networks (Edelman and Salsberg, 2010). In other words, the information complement associated with the product is not only paid advertising it is the accrued meaning resulting from all media channels. This is why we prefer to call it “mediatisation”. Mediatisation economics consists in getting the most valuable complement at the cheapest cost. 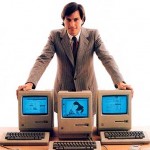 A good illustration is given by the historic launch of the Apple Macintosh by Steve Jobs in January 1984 (Isaacson, 2012, Chapter 15). At that time, Jobs had financed a commercial movie shot by Ridley Scott setting up the myth of the liberating machine. The ad was such a storybook that the machine did not even appear in it. Jobs decided to broadcast it during the Super Bowl, reaching at once 96 million Americans. The ad created a massive expectation enabling Jobs to disclose the product in a theatrical keynote echoed as a global event. In other words, while the paid ad was focussed on persuasion, the informative side was covered by the keynote, which got relayed for free all across the world. This “publishing protocol” became a routine that helped Apple to establish its brand as a powerful context adding value to all the new products marketed by the firm. The innovative genius of Steve Jobs did not only focus on products but also on their mediatisation that catalysed their commercial success.

The multiplicity of media channels and the differences in their pricing schemes underline the importance of external effects in providing the media complement. The quest of such effects does not concern only marketers, but all the talents involved in the product, as well as media professionals and consumers. In the Apple example, the media earned by Jobs’ keynotes are external effects of the initial ad investment. The heuristics of marketing aim at generating the most valuable mediatisation as possible. It is frequently related to the maximisation of the externalities associated with the release investment.

Mediatisation results from a publishing protocol 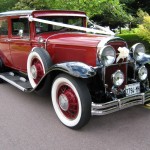 Schematically, two components contribute to the media complement value: one is the myth, the story conveyed by the media; the other is the reach, the social coverage of the message. The myth, which starts with the design or the packaging, the visible appearance of the product, relies on a creative work. It adds a universe that can be more or less valued by the consumer. (For instance, Alfred P. Sloan (1965, pp. 272-273) explains how the curvaceous design of the 1929 Buick has been mocked as « the poor Buick enceinte » leading to a pitiful commercial flop.) The social coverage can either be obtained trough paid, owned or earned media. It may generate network or snob effects according to the positive or negative valuation of the number of consumers. In some cases, the buzz corresponding to earned media can get hi-jacked by angry consumers willing to spoil the image of the product.

However, these components are not independent. For instance, the disclosure of the product relates both to the story and to the coverage: the product’s entry into the public sphere, its arrival to the world takes part in its mythology. The delivery of the Macintosh coming after the Super Bowl announcement and brilliantly staged by its creator, is fully part of Apple’s myth. The disclosure sets up a before and an after which has the dimension of an event. If spectacular, such event can be covered and echoed freely through the news. A resounding release establishes both the newness and the coverage of a product whatever its objective innovation.

In other words, mediatisation proceeds from a “publishing protocol” which provides the product – whether material or not – its meaningful complement (Bomsel & al., 2013). We use this expression by analogy with a correspondence protocol, which connects together two identified agents who agree to start an information exchange. A publishing protocol connects an identified emitter to indistinct receivers. It announces the disclosure of a message and establishes its public status. By doing so, it creates a context adding meaning to the published expression. Hence, such protocol has the economic dimension of a creative work: nobody knows in advance what its utility will be and how much it will add to the product. Although a mediatisation is needed to give the product its public status, it can be perceived either as a good or as a bad.

In this process, the information complement (the myth) is embedded in a set of names: the emitter of the expression who can be a single artist, a sportsman, a politician, or a cast, a team, provides a context which adds sense to the expression. It is the role of the publishing protocol to make the emitter identified by the public and to provide his name – in fact, his brand – with a contextual value. A publishing brand can be seen as an informational asset providing the branded expression with a context valued by the consumer. Such context has cumulative properties: its meaning value changes at every occurrence. A football team, where each player gets mediatised at every game, is a contextual asset portfolio (Bomsel & al., 2013).

Once the utility of the myth is tested, many techniques can be used to maximise its social coverage and the sales revenue. Because a “publishing protocol” deals with disclosure, it is also a piece of news. Hence, it can benefit from the externalities of the news echo. In effect, the news is not restricted by copyright and fuel media competition: a sensational event is instantly relayed on all the news channels including social networks (Facebook, Twitter, Instagram, Weibo, Weixin, QQ, etc.). Moreover, the brand value of popular artists attracts audiences on every platform that takes up the news. The importance of such externalities in producing the media complement deserves a specific focus. It will refer to the concept of ecosystem, which we explore in the next post of this series.