A few weeks have passed since the Court of Justice of the European Union (CJEU) delivered its decision in Case C-170/12 Pinckney (here) and, since then, (some of) the thoughts of this blogger have been devoted to this ruling.

As  readers will promptly recollect, this case concerned interpretation of Article 5(3) of the Brussels I Regulation in the context of alleged online copyright infringement cases.

The questions referred by the French Court of Cassation read as follows:

1.      Is Article 5(3) of … [the Regulation] to be interpreted as meaning that, in the event of an alleged infringement of copyright committed by means of content placed online on a website,
–      the person who considers that his rights have been infringed has the option of bringing an action to establish liability before the courts of each Member State in the territory of which content placed online is or has been accessible, in order to obtain compensation solely in respect of the damage suffered on the territory of the Member State before which the action is brought,
or
–      does that content also have to be, or to have been, directed at the public located in the territory of that Member State, or must some other clear connecting factor be present?
2.      Is the answer to Question 1 the same if the alleged infringement of copyright results, not from the placing of dematerialised content online, but, as in the present case, from the online sale of a material carrier medium which reproduces that content? 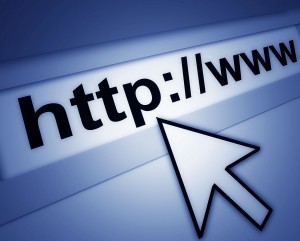 The CJEU replied that Article 5(3) must be interpreted as meaning that, in the context of an action for alleged copyright infringement brought following unauthorised reproduction and online distribution of copies of a work, the courts of a particular Member State have jurisdiction to establish liability and award the damages occurred therein, if the website through which the infringing copies are distributed is accessible from that territory.

As Advocate General (AG) Jääskinen acknowledged in his Opinion (here), Pinckney was the first case concerning the criteria for localising the place where the damage occurs in the event of an alleged online infringement on an unregistered IP right.

In reaching its decision, the CJEU departed significantly from the Opinion of the AG. In doing so, it also marked a discontinuity from recent case law (notably, Joined Cases C‑585/08 and C‑144/09 Peter Pammer, Case C-5/11 Titus Donner (here), and Case C-173/11 Sportradar (here and here) which employed the notion of ‘intention to target’ in the context of online infringements. The stance taken by the Court is not particularly shocking, as departure from the ‘intention to target’ approach may be justified on consideration that (as recalled by the Court itself) “Article 5(3) lays down, as the sole condition, that a harmful event has occurred or may occur.”

Following the decision in Pinckney, the jurisdictional treatment of alleged online copyright infringements is more akin to that of alleged breaches of personality rights, rather than registered IP rights. This conclusion re-states the approach taken following the 1994 decision in Case C-68/93 Fiona Shevill with the additional result that the principle of territoriality, which still governs (is supposed to govern?) copyright, appears significantly diluted, at least in relation to the special rule of jurisdiction laid down in Article 5(3) of the Brussels I Regulation.

The criterion of accessibility eventually adopted by the CJEU was rejected by the AG, on consideration that it “would encourage forum shopping, contrary to the case law of the Court, which has consistently attempted to curb that risk in its interpretation of Regulation No 44/2001.” This fear appears exaggerated, especially considering that a national court will be able to award only the damages occurred in the territory of that particular Member State.

In line with other recent decisions (eg the twin decisions on ISP filtering Case C-70/10 Scarlet and Case C-360/10 Netlog, on which see here, here, here), also in Pinckney the actual response of the Court was overly fact-specific:

Article 5(3) of Council Regulation (EC) No 44/2001 of 22 December 2000 on jurisdiction and the recognition and enforcement of judgments in civil and commercial matters must be interpreted as meaning that, in the event of alleged infringement of copyrights protected by the Member State of the court seised, the latter has jurisdiction to hear an action to establish liability brought by the author of a work against a company established in another Member State and which has, in the latter State, reproduced that work on a material support which is subsequently sold by companies established in a third Member State through an internet site also accessible with the jurisdiction of the court seised. That court has jurisdiction only to determine the damage caused in the Member State within which it is situated.

While there is little doubt that its meaning ought to be intended broadly, it is questionable whether the last word on jurisdiction in cases of alleged online copyright infringement has yet been said.

Similarly to another reference for a preliminary ruling concerning filtering and currently pending before the CJEU (Case C-314/12 UPC Telekable Wien, on which see here), it is not excluded that new references on jurisdiction in online copyright infringement cases will flourish.

There is no need to think too far ahead in the future, though.Case C-441/13 Pez Edjduk (on which see here) is currently a reference for a preliminary ruling from Austria which seeks clarification on the interpretation of Article 5(3) in the context of a case of alleged online copyright infringement. The question referred by the national court is centred around the (now infamous) notion of ‘intention to target’ … Does that mean that ‘intention to target’ is dead, long live ‘intention to target’?