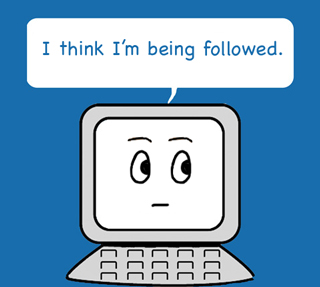 This is the very first motto of marketing. The idea behind this motto is simple: the more information a firm has about its current and potential customers, the more it can segment its customer base into smaller groups, to which specific prices, product features and ads can be adjusted. Thereby, the firm has the potential to increase not only its sales (by informing customers about – and by making them buy – products that are closer to their needs or tastes), but also the margin it makes on each sale (as customers can be charged prices that are closer to the maximum amount that they are willing to pay).

Up to three or four decades ago, knowing one’s customers was more easily said than done: collecting and processing relevant information was as costly as adjusting the product range and prices on a regular basis. Things are, however, completely different today. The massive deployment of information technologies and of the Internet has indeed equipped firms with unprecedented tools to gather and process detailed information about their potential customers. As a result, achieving an increasingly finer segmentation of customer bases is made not only widely possible, but also commercially feasible.

The most visible part is targeted advertising. When surfing the Internet, you must have noticed that the ads you are exposed to are closely connected to pages you visited or to items you bought (or considered buying) in the past. This is of course no coincidence: Internet advertising is increasingly targeted so as to raise the chances that the right person sees the right ad at the right time. Targeting relies on a number of proxies: online web activities of consumers are tracked; mobile web activities too (with the added advantage of localizing consumers); the historical demographics of consumers visiting a particular web page is used to predict this web page access in the future; implied interest is inferred from search words; automated systems select and serve ads on the basis of the content displayed to the user; etc.

Note that targeted advertising is by no means limited to the Internet. For instance, the UK’s two big pay-TV operators will soon start showing targeted ads to viewers in 2013. Similar tools are also transposed to the off-line, brick-and-mortar, world.

At first glance, all this is good news for firms and, conversely, bad news for consumers. Yet, this claim has to be qualified in at least two ways.

The effects of competition

First, competition forces have to be taken into account. As explained in Belleflamme and Peitz (2010, p. 194),

“In monopolistic industries, more information and a wider range of tariff instruments can only increase the firm’s profits (at the expense of consumer surplus, the effect on welfare being ambiguous). In oligopolistic industries (or in monopoly markets in which the monopolist lacks commitment power), however, it is much less clear whether more information and more instruments translate into higher profits. The positive surplus-extracting effect of price discrimination may be offset by its negative competition-enhancing effect.”

The last sentence deserves some explanations. The “surplus-extracting effect” is the one I described above: by knowing its consumers better, the firm can charge them higher prices (thereby reducing the “consumer surplus”, which is computed as the difference between the maximum price that a consumer would agree to pay and the price that she actually pays). As for the “competition-enhancing effect”, it corresponds to the idea that if a firm can tell its own loyal consumers apart from those of its competitor, it can set lower prices so as to target aggressively the rival’s customer base. As the other firm will act likewise, competition will increase.

Nicola Jentzsch, Geza Sapi, and Irina Suleymanova further develop this issue in an article recently published in the International Journal of Industrial Organization (entitled “Targeted pricing and customer data sharing among rivals”; you can find the working paper version here). They examine the incentives of competing firms not only to use but also to share detailed information about their customers. Their main results can be summarized as follows:

“First, information sharing incentives depend on the type of customer data, more precisely, only data on the flexibility [i.e., the ease with which consumers can substitute one brand for another] of consumers are shared. Second, the incentives to share such data depend on consumer heterogeneity in flexibility. Firms have stronger incentives to share data, when consumers are relatively homogeneous in their reaction to price changes. Third, customer data sharing is most likely to be detrimental to consumer surplus, while the effect on social welfare can be positive.”

So, according to their model, sharing customer data that can be used for price discrimination can turn out to be a profitable strategy for competing firms. As this strategy is likely to harm consumers, the authors advise competition authorities to pay more attention to customer data sharing agreements and to include competitive price discrimination as a possible theory of harm.

The second reservation is that there are two reasons for which consumers may not necessarily suffer from the firms’ increased ability to discover details about them. On the one hand, targeted advertising may increase the relevance of the ads that consumers are exposed to, which is beneficial for them. On the other hand, if the first effect does not work, consumers still have the possibility to use advertising-avoidance tools. This is what Justin P. Johnson examines in an article published in the Spring 2013 issue of the RAND Journal of Economics (“Targeted advertising and advertising avoidance“). He first notes that

“a variety of techniques exist that allow consumers to avoid advertising, from the time-tested ignoring of ads or changing of the channel during commercials to recent innovations such as skipping past ads (while watching content stored on a digital video recorder; DVR), blocking online ads, filtering email, or subscribing to do-not-call, do-not-mail, or do-not- track programs.”

(For a do-not-track program, see for instance www.abine.com). In this context, how does targeted advertising affect market outcomes? Here are the author’s main findings:

“[I]mproved targeting raises the profits of all firms. This is despite the fact that consumers endogenously adjust their advertising-avoidance decisions and that (…) competition may increase for some available ad space.
Consumers do not fare as well. Although they may gain by witnessing more-relevant ads, there are two negative consequences of improved targeting. One is that the number of ads received may increase, which is bad for consumers because, in equilibrium, they tend to disdain marginal ads although they may appreciate inframarginal ones. The other is that, rather counterintuitively, improved information accuracy may lead consumers to receive ads that they prefer less than those that they receive when targeting is less precise.” 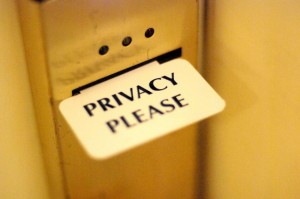 It seems thus that firms end up benefiting – and consumers end up suffering – from targeted advertising, even if consumers have somehow the possibility to avoid the intrusion of ads. Simon Anderson and Joshua Gans also share this view in their paper entitled “Platform Siphoning: Ad-Avoidance and Media Content” (American Economic Journal: Microeconomics, 2011; you can find the working paper version here). The difference with Johnson’s analysis is that Anderson and Gans also examine the impact of ad avoidance on the provision of content. For an informal account of the findings of this paper, see this blog entry of Joshua Gans on Digitopoly.

Do you see targeted advertising as an invasion of your privacy? If yes, do you already use (or intend to use) some ad-avoidance or do-not-track technology? In contrast, do you consider it as something positive (as it increases the chance that you will be made aware of products that you like), or as a necessary evil (“I have to accept some invasion of my privacy to keep, e.g., Facebook free of charge”)?

Express you own opinion and try to find on the web to which extend others share your opinion.

(You can read past comments here.)