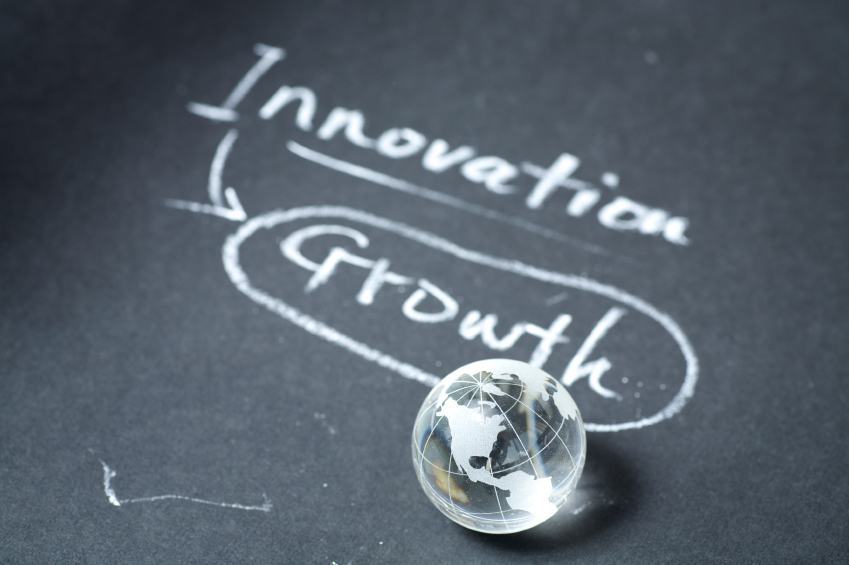 The central role that innovation plays in driving economic growth is well known thanks to the pioneering work of Robert Solow (Nobel Prize Laureate in Economics in 1987). In his seminal 1957 paper, Technical Change and the Aggregate Production Function, Solow described what would later be known as the neoclassical growth model (a.k.a. the Solow–Swan or exogenous growth model).

As Solow acknowledged it himself in his Nobel Prize lecture:

“The ‘neoclassical model of economic growth’ started a small industry. It stimulated hundreds of theoretical and empirical articles by other economists. It very quickly found its way into textbooks and into the fund of common knowledge of the profession.”

(For a recent summary of this vast literature, see the 2009 paper of K. Uppenberg.)

One of the main messages of Solow’s work (and of its subsequent improvements) is that a large share of economic growth is driven by technological advance. A direct corollary is that policies aiming at fostering technological progress have the potential to boost economic growth, and thereby to meet challenges not only of the financial crisis in the short term but also of population ageing and climate change in the longer term.

Of course, this is easier said than done… One thing is to acknowledge the positive influence of science, technology and innovation on growth. Declarations along these lines do indeed abound. For instance, the two major candidates for the U.S. Presidential election in November agree on the importance of innovation (see ScienceDebate 2012)

“I believe that in order to be globally competitive in the 21st century and to create an American economy that is built to last, we must create an environment where invention, innovation, and industry can flourish. We can work together to create an economy built on American manufacturing, American energy, and skills for American workers.” (Barack Obama)

“Innovation is the key to economic growth and job creation, and increasingly important to American competitiveness in the global economy. Three-quarters of all U.S. economic growth, and three-quarters of the U.S. productivity advantage over other OECD nations, is directly attributable to innovation, and wages in innovation-intensive industries have grown more than twice as fast as other wages in recent decades.” (Mitt Romney)

Similarly, in its Innovation Union initiative, the European Commission declares:

“With an ageing population and strong competitive pressures from globalisation, Europe’ s future economic growth and jobs will increasingly have to come from innovation in products, services and business models. This is why innovation has been placed at the heart of the Europe 2020 strategy for growth and jobs.”

Yet, translating these broad intentions into specific and effective policies turns out to be a much more challenging task.

What I would like you to do is to identify one particular policy measure proposed either by one of the two U.S. presidential candidates or by the European Commission, and to give your critical opinion about this measure.