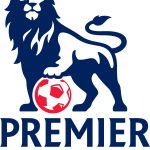 You are asked to focus on the following questions that involve intellectual property, freedom of goods/services, and competition issues:

“Do Articles 28, 30 and/or 49 EC preclude enforcement of a national law (such as section 297 of the Copyright, Designs and Patents Act 1988) which makes it a criminal offence dishonestly to receive a programme included in a broadcasting service provided from a place in the United Kingdom with intent to avoid payment of any charge applicable to the reception of the programme, in any of the following circumstances:

(i)      where the conditional access device was made by or with the consent of a service provider and originally supplied subject to limited contractual authorisation to use the device to gain access to a protected service only in a first Member State and was used to gain access to that protected service received in another Member State (in this case the United Kingdom)? and/or

(ii)  where the conditional access device was made by or with the consent of a service provider and was originally procured and/or enabled by the provision of a false name and residential address in the first Member State thereby overcoming contractual territorial restrictions imposed on the export of such devices for use outside the first Member State? and/or

(iii)  where the conditional access device was made by or with the consent of a service provider and was originally supplied subject to a contractual condition that it be used only for domestic or private use rather than commercial use (for which a higher subscription charge is payable), but was used in the United Kingdom for commercial purposes, namely showing live football broadcasts in a public house?”

“Where a programme content provider enters into a series of exclusive licences each for the territory of one or more Member States under which the broadcaster is licensed to broadcast the programme content only within that territory (including by satellite) and a contractual obligation is included in each licence requiring the broadcaster to prevent its satellite decoder cards which enable reception of the licensed programme content from being used outside the licensed territory, what legal test should the national court apply and what circumstances should it take into consideration in deciding whether the contractual restriction contravenes the prohibition imposed by Article 101/81(1)?

(a)       must Article 101/81(1) be interpreted as applying to that obligation by reason only of it being deemed to have the object of preventing, restricting or distorting competition?

(b)       if so, must it also be shown that the contractual obligation appreciably prevents, restricts or distorts competition in order to come within the prohibition imposed by Article 101/81(1)?”

You are asked to confirm whether the view of the AG on those questions is correct or not and to anticipate the decision of the Court (please take a position). You should rely on previous decisions of the ECJ many of which are already quoted in the long opinion (If you convincingly argue that the view of the AG is not in line with the ECJ case law, you might get extra points as this would require more research in the ECJ case law and a more original analysis!).

Not more than 2500 words please (for the Brussels School of Competition students). The best responses will be posted online. See also the related question on the distribution of e-books on ipdigit.