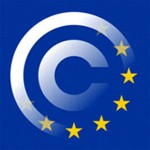 Last month (November 10, 2010), the EU Competitiveness Council (which is composed of EU ministers for research and industry) held an extraordinary meeting to try and reach an agreement on translation arrangements for a future EU patent system. The hope was to bring some improvement to the deadlock between the ‘trilingual system’ put forward by the European Commission (EU patents should be examined and granted in either English, French or German) and alternative ‘multilingual solutions’ such as the one supported by Spain and Italy (EU patents should be examined and granted in English and one second language to be chosen at will by applicants). True to its principles, the Belgian Presidency made a compromise proposal, which was finally rejected by a small margin. Further reflection and negotiations are thus still ahead.

Bruno van Pottelsberghe (former Chief Economist of the European Patent Office (EPO) and Professor at Solvay Brussels School of Economics and Management) bitterly regrets the current deadlock, not so much because no agreement can be found but mainly because “[a] ll this focus on languages is diverting attention from the fact that the EU patent proposals could result in a worse system than the current one.”

In an article recently published in Nature, he advocates that “[t]o really fuel innovation”, the EU Competitiveness Council should aim at fixing a number of issues, “which are far more important than what gets translated into what.”

Bruno van Pottelsberghe’s main recommendation is to replace the current European patent by a true EU patent, recognized in all 27 countries at granting. “A patent that is automatically valid Europe-wide could create a market for technology to rival that of the United States.” To achieve this objective, he also recommends a “a radical shake-up of the governance of the European patent system.” In particular, he believes that the European patent reform (which has been discussed for the last 50 years) will never be achieved “as long as [National Patent Offices] sit on the board of the EPO and are part of the working group that prepares proposals for the EU Competitiveness Council.” There is indeed an obvious conflict of interest: “NPOs benefit from the national renewal fees paid for European patents. Asking them to make proposals for an EU patent that would shrink their roles is like asking turkeys to vote for Thanksgiving.”

Bruno van Pottelsberghe will have some time to develop these arguments on December 16, as he is our guest for the last lecture of LLSMS2041 ‘Economics of Innovation’ at LSM. He will talk to us about the Strengths and Weaknesses of  the European Patent System.

In the meantime, I would be happy to know your opinion about translation requirements for European patents. Do you agree with the three-language system proposed by the Commission? Would you propose, more radically, that only English be used, or would you favour a larger set of languages? Finally, you may think that the answer could come from technology, as proposed by Google. A few days ago (November 10), the EPO and Google have indeed signed a Memorandum of Understanding to improve access to patent translations in multiple languages:

“Under the agreement, the EPO will use Google’s machine translation technology to translate patents into the languages of the 38 countries that it serves. In return, it will provide Google with access to its translated patents, enabling Google to optimise its machine translation technology. Google technology will be used to translate patents originating in Europe as well as patents originating in other regions of the world and enjoying protection in Europe.”