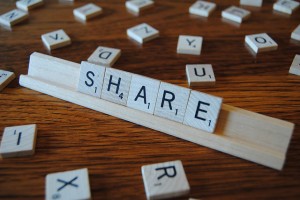 As was described in the first part, “copyleft” can be translated into simple words as an obligation to license modifications of original work under the terms of the license governing the original use. However, when does this obligation arise? There are many activities that might bear significance – changing the form in which the work exists (compiling from the source code to object code), changing some of the features for personal use, changing the program to fit the internal needs of a company better, translating the work, changing the work for the needs of a client etc. Understandably, not all of these operations activate “copyleft”.

The terminology of “copyleft” licenses is not unified on this. Texts of licenses usually couples initiation of “copyleft” effect with acts such as distribution, publication, sharing or conveying. Each of these can have different connotations and can be targeted at different kinds of behaviour. Attention should be paid not only to grammatical meaning of the terms, but also to definitions contained in the licenses.

Some clear-cut cases
There is a consensus that certain uses of work will not trigger any further obligations. It is clear that mere running of a program on a computer won’t require any further action from the user. This action does not fall within the definition of “distribution” or other similar term used in the license. Binding “copyleft” obligations with such use would be unreasonable and practically infeasible. Therefore, there must be an extra step afterwards.

This gives the user of the program an opportunity not to take the extra step. The user has then to accept not to share the modification with the rest of the world. Although the “copyleft” licenses are usually devised with the goal of free sharing in mind, the fact remains that licensee cannot be forced to give out his adapted work. He or she can keep the work for personal use and no obligation to license emerges.

By bringing a person other than the licensee to the equation, the situation gets more complicated. The solution to the “copyleft” conundrum will heavily depend on the exact wording of terms. For the purpose of this blog, I will present views on two of the most frequently used licenses – GNU General Public License, ordinarily used for programs and Creative Commons Attribution-ShareAlike license, used for other kinds of works.

You must cause any work that you distribute or publish, that in whole or in part contains or is derived from the Program or any part thereof, to be licensed as a whole at no charge to all third parties under the terms of this License.

The birth of “copyleft” duties will therefore depend on how the terms “distribute” and “publish” are constructed. The author of the license – the Free Software Foundation – conspicuously used the terms to reflect the terminology used in US Copyright Act (see GPL3 Process Definition, p.1). In the realm of US law, this gives a clearer picture as to which acts will trigger “copyleft”. For example, it is not disputed that circulation of copies for the internal purposes of legal person is not distribution. Providing copies to 3rd parties, even when they are affiliated with a legal person (e.g. contractors, subsidiaries, affiliates), becomes less clear and must be assessed in greater details (for more, see an article by Heather Meeker, discussing various scenarios of distribution).

But what are the implications for other geographical areas? How will be “distribution” be construed in Europe? European copyright law relies on the term “distribution” in the context of material goods (see mainly Art. 4 of Copyright Directive – 2001/29/EC and Art. 4(2) of Computer Programs Directive – 2009/24/EC). But at the same time, works can be disseminated online as a service. Whether acts such as sharing on P2P networks would be subsumed under the “copyleft” provision of GPL GNU v2 is unclear. (Even US case law seems unclear on the issue whether “making available” falls under the statutory definition of “distribution” – i.e. whether an act of transfer of copies is required or the offer to get a copy suffices [in general see here; more detailed here]).

This uncertainty was in fact one of the reasons justifying the work on the third version of GPL. As stated in the preparatory materials, the new version aimed to cut the links with the US copyright framework so as to work better worldwide – it does not contain reference to usual copyright instruments and instead uses and defines novel terms such as “conveying” and “propagation”. These terms were employed in order to prevent different interpretations of “distribution” and to unify the meaning of licensing terms regardless of jurisdiction. (See the Section 0 – ‘Definitions’; also see commentary on GPLv3 here)

This shift to a less Americentric focus of the license text will, however, not solve the issue of already existing licenses. A large portion of very important software (including the most important – Linux kernel) is still licensed under the second version of GPL and there is no re-licensing to third version in sight. Moreover, due to popularity of version two, it is still often used for new software products. The problem of how to interpret “distribution” in countries with differing copyright laws therefore remains open.

Another type of widely used “copyleft” (or in Creative Commons terminology “ShareAlike”) license is CC BY-SA. The current international version (4.0) of the license states (Section 3):

b. ShareAlike.
In addition to the conditions in Section 3(a), if You Share Adapted Material You produce, the following conditions also apply.

1. The Adapter’s License You apply must be a Creative Commons license with the same License Elements, this version or later, or a BY-SA Compatible License.

k. Share means to provide material to the public by any means or process that requires permission under the Licensed Rights, such as reproduction, public display, public performance, distribution, dissemination, communication, or importation, and to make material available to the public including in ways that members of the public may access the material from a place and at a time individually chosen by them.

The scope of the activities triggering “copyleft” is comparable as those triggering the GNU GPL v3. “Copyleft” obligation is activated by any thinkable activity including public, ranging from performing the work in the park to sharing it on a P2P network.

Conclusion
As demonstrated above, “copyleft” obligations can be put into effect by various means. The triggers can differ significantly according to the types and versions of “copyleft” licenses. While the text of some licenses is more narrow and contains only enumeration of limited activities (e.g. distribution, public performance), other licenses contain special, copyright-neutral terms, designed specifically to be independent of jurisdiction. Meticulous attention should be paid to wording of licenses, definitions contained in licenses and the relation between used terms and particular exclusive rights.