In 2010, the European Commission has revised its rules for the assessment of co-operation agreements between competitors. Some of these so-called “horizontal agreements” have the potential to reduce competition (and thus harm consumers); it is certainly so when the agreements involve price fixing or limiting production; such agreements are clearly prohibited. On the other hand, other types of agreements may promote innovation and competitiveness and should then be facilitated. This is the rationale behind the Block exemption of R&D agreements:

Since cooperation on R&D generally helps to promote the exchange of know-how and technologies, to facilitate technical and economic progress, and to rationalise the manufacture and use of products that benefit consumers among others, this Regulation exempts not only agreements the primary object of which is R&D but also all agreements directly related to and necessary for the implementation of cooperation in R&D, provided that the combined market share of the parties does not exceed 25% of the relevant market.

On the other hand, the Regulation does not apply to agreements that are not indispensable to attaining the positive effects mentioned above. 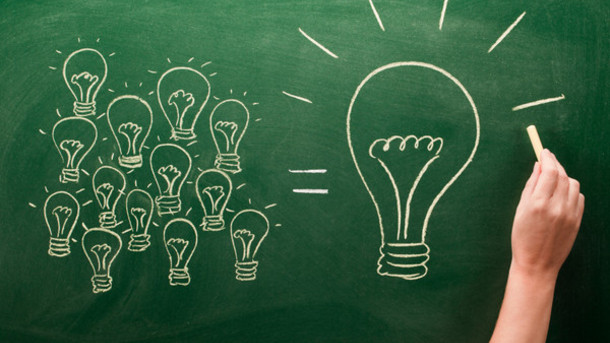 In 2010, the Commission has extended the scope of this regulation:

With a view to facilitating innovation in Europe, the Commission has considerably extended the scope of the R&D Block Exemption Regulation, which now not only covers R&D activities carried out jointly but also so-called ‘paid-for research’ agreements where one party finances the R&D activities carried out by the other party. In addition, the new Regulation gives parties more scope to jointly exploit the R&D results.

This policy is clearly supported by the economic theory. As I explained it in a previous post (see also Belleflamme and Peitz, 2010, p. 498-99), when comparing different modes of organizing R&D activities among firms active on the same market, the mode that dominates (in terms of propensity for R&D, firms’ profits, consumer surplus, and thus social surplus) is an R&D agreement such that firms not only coordinate their R&D decisions but also share their information completely so as to eliminate duplication of effort.

It must be stressed, however, that this conclusion holds provided that firms act non-cooperatively on the product market. If, on the contrary, cooperation in R&D paves the way for collusive behaviour in the product market, then the block exemption of R&D agreements may not be such a good policy tool. Competition authorities would face a trade-off between enhanced innovation and reduced competition.

It is therefore crucial to assess to which extent R&D agreements may facilitate collusive behaviour. As explained in Belleflamme and Peitz (2010, Case 18.4, p. 502), answering empirically this question is extremely difficult, as it requires one to isolate the impact of the returns to collusion on the decision to join an R&D agreement from the other factors determining this decision.

Sovinsky and Helland (2012) have found a clever way around this difficulty. They exploit the variation in Research Joint Ventures (RJV) formation generated by a quasi-experiment that affects the collusive benefits of an RJV while not directly affecting the research synergies associated with that venture. Their identification strategy is simple: if product market collusion is not a motivation to form an RJV then, after controlling for firm, RJV and industry characteristics, the propensity to enter into an RJV should not be impacted by changes in the antitrust policy aimed at deterring collusion in the final goods market.

The change in antitrust policy that the authors consider took place in 1993 in the US: at that date, the revision of the so-called ‘leniency policy program’ made it more attractive for cartel members to report illegal behaviour, thereby making collusion harder to sustain. The authors apply their analysis to three industries: petroleum manufacturing, computer and electronic product manufacturing, and telecommunications. These industries share two characteristics: RJV participation is very high and there is a history of antitrust suits.

The results drawn from their econometric analysis suggest that R&D cooperation can indeed be seen as a steppingstone to collusion:

We find that the decision to join a RJV is impacted by the policy change and that this impact is very significant across relevant market definitions. Specifically, we find that the revised leniency policy reduces the average probability that telecom firms join a given RJV by 34%; the reduction among computer and semiconductor manufacturers is 33%; and among firms in petroleum refining the probability decreases by 27%: Our results are consistent with RJVs serving (at least in part) a collusive function.

In view of these results, which policy should competition authorities follow? Was it really a good idea to extend the scope of the R&D block exemption in the EU? Are there other remedies to this problem? I’d be happy to hear your views about that issue.