Settlements of disputes allowing parties to find a mutually acceptable compromise are a legitimate way to end private disagreements. The parties save costly litigation and the public authorities, such as courts and administrative bodies, equally save time and effort. The law and the public authorities should thus support the conclusion of those agreements. Now, some patent settlements have recently been scrutinized by the Competition Authorities in Europe, the U.S. and South Korea.

Because of the on-going developments, Paul Nihoul, Professor at the UCLouvain, and myself have decided to organise a conference on this topic. The conference was held on October 18, 2013 in Brussels. You can find the programme here. Before adding a short report on the conference (see below with the presentations used by the speakers), let me summarize the issue and refer to the recent legal developments. 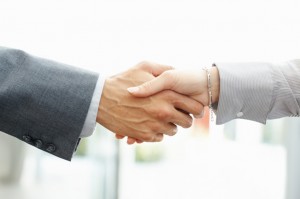 The patent settlements under scrutiny by several competition authorities involve a payment from the originator pharmaceutical company, holder of a patent, to a generic company.  Those settlements also include other clauses (such as ‘non-compete clauses’) which have the effect of delaying the entry of the generic product on the market. Those patent settlements are designated as “pay-for-delay” deals or reverse payment settlements. Do they have an anti-competitive effect? Their assessment requires an economic analysis, but it is not that easy to assess the overall cost and benefit of those agreements, including their impact in terms of consumer welfare, as already noticed by Paul Belleflamme on this blog (see ‘Pay for delay’ deals in the pharmaceutical industry, including the May 2013 presentation of Matthew Bennett, Charles River Associates, referred to in Paul’s post).

State of the debate in the EU. On June 19, 2013, the European Commission imposed a fine of € 93,8 million on Danish pharmaceutical company Lundbeck and fines totalling € 52,2 million on several producers of generic medicines (see the Commission’s press release) because of their anti-competitive agreement to delay the entry of a cheaper generic version of Lundbeck’s blockbuster antidepressant (citalopram). In September 2013, Lundbeck filed an appeal against the Commission’s decision. The General Court will thus rule on the legality of this patent settlement. DG Competition has already started to review patent settlements in the framework of the pharmaceutical sector inquiry which concluded on 8 July 2009 (see the Commission Communication and the final report). Since then, the Commission engaged in the monitoring of patent settlements and published three reports (the last one of July 25, 2012 is available here). The 2012 report shows that most patent settlements are not problematic. Yet, 11% of the reviewed settlements raise competition issue. In 2012 and 2013, the Commission issued statements of objections in the context of two other investigations involving the innovative companies Servier (see press release) and Johnson & Johnson (see press release). The generic companies having concluded those settlements include Lupin, Mylan, Novartis and Teva.

The rule of reason in the U.S. In the U.S., the Federal Trade Commission (FTC) has challenged the pay-for-delay deals for several years. The issue of whether they violate the competition rules (including the Sherman Act)  has been tried by six U.S. courts of appeals, resulting in a circuit split. For some circuit courts, a correct treatment of a pay-for-delay settlement requires an analysis of the scope of the exclusionary potential of the patent and a determination of whether the scope of the settlement exceeds the scope of the patent. At least one court of appeal disagreed with this test and found that a reverse payment must prima facie be considered as anti-competitive. On June 17, 2013, the U.S. Supreme Court issued its Actavis decision which concluded that lower courts should not automatically dismiss the FTC’s complaints. Rejecting a general rule of legality based on the “scope of patent” test, the U.S. Supreme Court held that a “rule of reason” should apply to pay-for-delay deals. Thus, the effects of those settlements must be assessed using “traditional antitrust factors” including “likely anti-competitive effects, redeeming virtues, market power, and potentially offsetting legal considerations present in the circumstances, such as those related to patents” (FTC v. Actavis, Inc. 133 S. Ct. 2223 (2013) at 2231).

Patent laws and other rules indeed have an impact on the competition analysis. In the U.S. and in Europe, once a patent is issued, it is presumed valid. The burden for establishing invalidity is for the party challenging the patent. Also, implied in the patent is a right to settle patent litigation. Besides, broader public policy favors litigation settlements.

The debate on the effects of reverse payment settlements also depends on other rules. In the U.S., the Hatch-Waxman Act provides for an extra 180-day exclusivity in favor of the first generic company settling with the patent holder.

The approach in Korea. In Korea, the Competition Authority (Korean Fair Trade Commission or KFTC) decided it first reverse payment case in October 2011. The case involves a patent settlement concluded between GlaxoSmithKline (GSK) and Dong-A, a leading Korean pharmaceutical company. The KFTC found the agreement contrary to Article 19 of the Monopoly Regulation and Fair Trade Act (an equivalent to Art. 101 TFEU) and fined GSK approximately € 2 million and Dong-A € 1.5 million. As there is no US-style exclusivity in favor of the first generic company, the settlement did not restrict other generics from entering the market after GSK’s patent expiry. However, the KFTC considered that the scope of the settlement exceeded the patent scope because the restriction to entry also applied beyond the patent term and the settlement included a deal on another product unrelated to the patent dispute. On October 11, 2012, the Seoul High Court’s 7th Administrative Division affirmed the fine imposed on GSK. GSK subsequently filed an appeal with the Korean Supreme Court.

What are the interests involved ? The competition analysis must take into account the interests of the consumers. Obviously, consumers will directly benefit from lower prices of drugs. As long as patent settlements help to maintain higher prices, the consumers’ interest might be hurt – the health expenditures and the tax-paying public will be affected too.  However, one has also to take into account the long-term interest of consumers to benefit from the availability of new medicines (see my post “Challenging pharmaceutical patents: a ‘death spiral’ for generic companies?“). A balanced competition policy must facilitate the entry of lower-priced drugs, but must also keep the incentives for innovative companies to develop new products. How to strike the right balance? Competition authorities tend to be too much focused on the existing markets, showing sometimes a form of short-termism.

On the other hand, patent experts tend to overstate the forward-looking incentive effect of patents without clearly demonstrating how longer exclusivity really results in increased investments and the development of innovative products. There has always been a strong pressure to extend the scope of the legal exclusivity (either by law or court decisions), what might be called the “increasing propertization” of intellectual property. Both pitfalls (short-termism and propertization) must be avoided to obtain the right mix of a vibrant competition policy and a innovation-geared patent policy.

What could be the solution? Do we need legislation? In the U.S., several bills showing bipartisan support are on the table of Congress. The Preserve Access to Affordable Generics Act presumes that pay-for-delay deals are anti-competitive and unlawful. It would thus be for the parties to the settlement to prove that its benefit ouweighs the presumed harm. Is this shift of the burden of proof reasonable and sustainable? Such an outcome might come close to what the Commission’s DG Competition has decided in Lundbeck when presuming that pay-for-delay settlements are anti-competitive “by object”. As noted by commentators, “this anti-competitive presumption is precisely what the FTC had wanted in Actavis, but the Supreme Court ultimately rejected” (B. Batchelor and F. Carlin, Turducken on the Menu: Initial Refections on the Implications of the European Commission’s Lundbeck Decision, European Competition Law Review, 2013, 455). Another U.S. bill (the FAIR Generics Act) aims to solve the problem by letting a second generic drug company enter the market if the first generic company takes a pay-for-delay deal. This might have even wider implications for the exclusivity granted to the patentee.

Short report on the USL-UCL conference on patent settlements (Brussels, 18 Oct. 2013). Reverse payment settlements thus raise many issues. Those questions were debated at the conference held on October 18, 2013.

For the names of the speakers and the detailed program, look at Patent Settlements).

For a brief presentation of the topic of the conference and of the program, consult Strowel.Intro.

During the second panel, the various stakeholders could present their view: first, the innovators with Ms Kristine Peers (Pfizer speaking in the name of the European Federation of Pharmaceutical Industries and Associations: Peers.EFPIA); second, the generics with Ms Ingrid Vandenborre (Partner with Skadden speaking in the name of the European Generics medicines Association: Vandenborre.EGA), then, the consumers with Ms Ilaria Passarani (BEUC, the European Consumers Organisation: Passarani.BEUC).

The third panel allowed several additional voices to be heard: first, the competition practitionner David Hull (Partner with Van Bael & Bellis), second, the economist Benoît Durand (Partner with RBB Economics), then the patent expert Esther Van Zimmeren (Prof. University of Antwerpen). This allowed for a lively discussion as you will be able to hear from the video to be added here.

The discussion will continue in the coming months. We hope more guidance will be offered by the General Court which will rule in the Lundbeck issue.

One difficult question that resulted from the discussion we held is how to distinguish cases involving true patent settlements and those which are just disguised cartels (Indeed, as there are so many patents around many (pharma) products, clever lawyers could be tempted to design a commercial agreement (that is in reality a cartel) as a fake patent settlement agreement). The level of payment by the originator to the generic company might well be a decisive factor to separate cartel cases from cases where a patent settlement is really involved.

Let’s wait for the future developments in this interesting area at the interface between IP and competition law, between legal and policy issues, between IP/Competition law and (pharmaceutical) regulation.