I start here a series of posts that are adapted from term papers that my master students submitted in June 2013. I have asked Olivier Simons, a former student of mine, to polish these papers and complement them with his own insights. This post (originally written by Thibaut Debruxelles, Pascaline Renard, Daniel Scurtu and Marielle Uylenbroeck) builds on the comments to an article that I posted on this blog in March 2012.

Two-sided platforms are an old business model that turn out to be a very solid one when designed properly. The platform connects two distinct groups of agents, acting as an intermediary to facilitate some forms of economic activity, whenever one side can benefit from having its demand coordinated with the other side. In short, buyers and sellers would have a hard time to meet if the platform did not exist.

Abbott Russ writes that: “[In many multi-sided business platforms], what’s factored out is (a) the process of finding the other party and (b) the formalism of making contact”.

Basically, the platform diminishes transaction costs and facilitates interactions by centralizing trade possibilities, and its value essentially comes from the network effects generated by such interactions.

According to Davis S. Evans in his book “Platform Economics”:

“there is an opportunity for a platform to increase social surplus when three necessary conditions are true: (1) there are distinct groups of customers; (2) a member of one group benefits from having his demand coordinated with one or more members of another group; and (3) an intermediary can facilitate that coordination more efficiently than bilateral relationships between the members of the group. (1) As an empirical matter, indirect network effects generally accompany condition (2) and intimately shape the business strategies in these industries alongside the multi-sidedness”.

“Chicken-or-egg”? Why not both?

The biggest problem for a multi-sided platform is the startup. Which side do you begin with? The subsidized one, which makes you incur an upfront investment, or the non-subsidized side, which put you at a risk losing their trust if the network does not grow fast enough? Firms willing to launch a platform need to solve this coordination game: you very need to bring both sides on board in the right “quantities” and at the same time. The most common way to succeed doing this is to design the right price structure. The latter must succeed in internalizing the various externalities across and within sides.

Fortunately, for Batibouw this was not an issue; the organizer FISA is an expert in setting up business expos, and had already a large list of collaborators, especially advertisers and promoters, which have helped making the startup process for Batibouw smoother and faster. 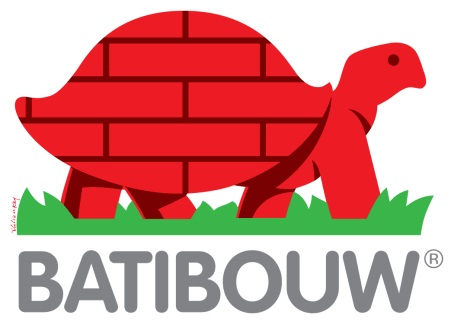 One such long-running example of multi-sided platforms is Batibouw: an annual business fair organized by FISA and hosted at Brussels Expo that exhibits a variety of construction-related businesses. Over the eleven-day period it opens, over 300,000 private visitors and 50,000 construction professionals can discover the newest trends from the 1,000+ exhibits. Exhibitors are professionals of the building trade sector that showcase their new technologies trying to meet customers’ construction or home improvement needs. Batibouw has been very successful in creating business partnerships with many brands.

While at first glance Batibouw is a two-sided market (intermediating visitors and exhibitors), one may actually describe it as a three-sided market. The customer side (i.e. the visitors) is indeed made up of two distinct groups: private and professionals visitors. Private customers may be the individuals who are building their own home, while the professionals are interested in the newest trends and technologies in order to improve their construction/decorating business.

Setting prices on both sides 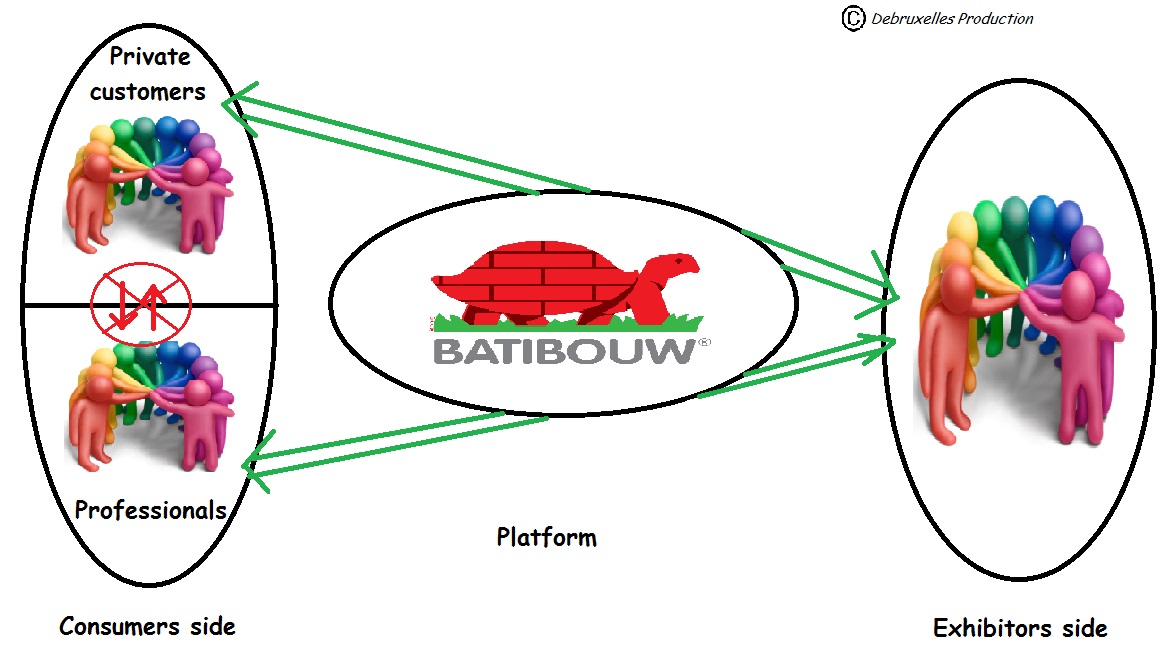 The interest in designing a multi-sided platform lies in the cross-side network effects such platform can generate. To fully benefit from those inter- and intra-group externalities, all sides have to be balanced. Concretely, this entails properly designing the price structure to internalize such externalities in order to bring all sides on board. Platform’s success indeed rests on network effects across the sides, and the price structure determines whether these effects are fully exploited or not. In other words, the price structure is not neutral and affects the volume of transactions (for Batibouw: the number of visitors and exhibitors). What should then be the optimal price on each side? Which side is going to be subsidized by the other? This entails taking into account for each side (1) its demand elasticity, and (2) the magnitude of the network effects it exerts on other sides.

(1) The group with the highest demand-elasticity gets the lowest price (or the highest subsidy). It is straightforward that since the group is more sensitive to price’s changes, for a given entry-price reduction, more people will be willing to come than in another group experiencing the same price reduction. As far as Batibouw is concerned, one notices that private customers have the highest elasticity, followed by professional visitors and finally by exhibitors. Basically, the latter have the lowest elasticity because they have fewer alternatives and much more to lose not being present at the fair than a private visitor.

(2) The side that exerts the strongest network effects on other sides gets the lowest price (or the highest subsidy). By adjusting downwards the price on side A, the volume logically increases on side A. However, such increase in volume will also attract people on side B (that is the positive cross-side network effect), and it will do so in higher proportions than the potential increase in volume on side A if such price reduction would have taken place on side B. Therefore, one could say that side A exerts the strongest network effect on the other side and should thus receive higher incentives to participate.

Regarding Batibouw, private customers (visitors side) are subsidized (they face very low prices: cheapest ticket as low as €10) in order to be sure they will come at the fair, hence making sure that exhibitors will come. Then, the platform recovers the subsidization on the exhibitors by charging them higher prices (at least €600 for even a small exhibit location). In economics, this kind of pricing strategy is called “Divide-and-Conquer”, referring to this strategy of sacrificing on one side (i.e. subsidizing it) to convince it to come on the platform, in order to conquer the other side and make this one pay. Typically, as explained above, a platform will subsidize the side that has the highest elasticity and that exerts the strongest externality on the other. It is called “externality-based pricing”.

Why is it not free for customers? While it is true that the interest of exhibitors is positively correlated to the number of consumers that come to the fair (arguing for no entrance fee), they also care about the variety and the interest of the audience. Therefore, Batibouw has to charge an entrance fee for visitors. Since Batibouw faces capacity constraints because space is limited, an entrance fee helps curbing the demand to avoid congestion (i.e., a negative intra-group externality). Moreover, this entrance fee has to be such as to weed out uninterested customers, selecting only “serious” ones, i.e., those who are truly interested in buying products. In fact, these customers are the “early-adopters” in a market, which are trend-setters and avid customers. This is important for exhibitors, since it increases the value of the fair for them, and allows Batibouw charging even more.

Why are exhibitors willing to pay such high prices? Batibouw is very popular and generates very good exposure for exhibitors, who see great potential in the high traffic. There is indeed no such occasion to be connected that easily and that cheaply to so many potential customers outside Batibouw. The expo increases the visibility of the brand, and in case an exhibitor is absent, customers could be distrustful about the quality of the brand, or might not even be aware of the brand. So one could say there is even a cost of not being present. This could explain why exhibitors are willing to pay a higher price than visitors. Besides, Batibouw is not anymore only an advertising platform, but has become, thanks to its long-running history and high popularity, a reputation platform as well: simply being present at the fair is a seal of approval for an exhibitor. Batibouw is now considered as a certification label which makes visitors more confident about the quality of exhibitors. By creating value in such a way, every construction professional is willing to exhibit at the fair to get such quality label, making Batibouw able to charge exhibitors an extra.

There’s more than meets the eye. While inter-group network effects have been exposed supra, exhibitors also face intra-group externalities in such a platform. They can either benefit or be hurt by such effects, depending on the relative strength of the competition effect and the complementor effect. Regarding the latter, exhibitors could benefit from being clustered with so many competitors because B2B relationships may arise and complement offers may be developed. For instance, a window manufacturer might be interested in the offerings of a materials company. This relationship can benefit both of them via a simple referral, so it may also improve the synergy between the different sides. Such concentration makes it also easier to assess the competition. However, these positive intra-group network effects may be balanced by a negative one; exhibitors may have to face fiercer competition because of the ease with which visitors can compare prices, evaluate substitutes, etc. No local monopoly can be sustained in such a clustered fair.

From another point of view, customers (especially private customers) have the opportunity to be better informed. They are indeed able to share their own experience thanks to the Batibouw concept, but also receive other information than the one provided by the sellers. Instead of listening to the perfect speech of the exhibitors, they can easily discuss and share opinions with other customers. In the same vein, professional visitors benefit from this opportunity to communicate with peers as well. It is a straightforward result of the cross-side network effect: the more exhibitors there are, the easier visitors can discuss, share experiences, and make their own, sometimes more objective, assessment of the exhibitors. 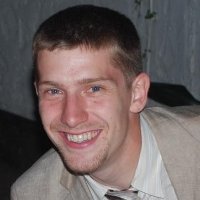 Because of the competition effect mentioned earlier, exhibitors could be discouraged from paying high prices. To handle this issue, Batibouw sets up creative ways to add value and hence justifies asking for high prices. In addition to the “advertising” and “certification” aspects of its platform, Batibouw has found a way to add even more value while increasing competition. It has established an award system that recognizes quality and innovation across a broad spectrum of features. Exhibitors can extend their brand recognition even further, while customers get easy information about the best products on the market. Besides, Batibouw strives to maintain the competition fair and reasonable: “extra” advertising at the fair outside the exhibit is prohibited. There are other tools for this, such as a digital catalog gathering all the exhibitors, the possibility to do research on the exhibitors before arriving, etc.